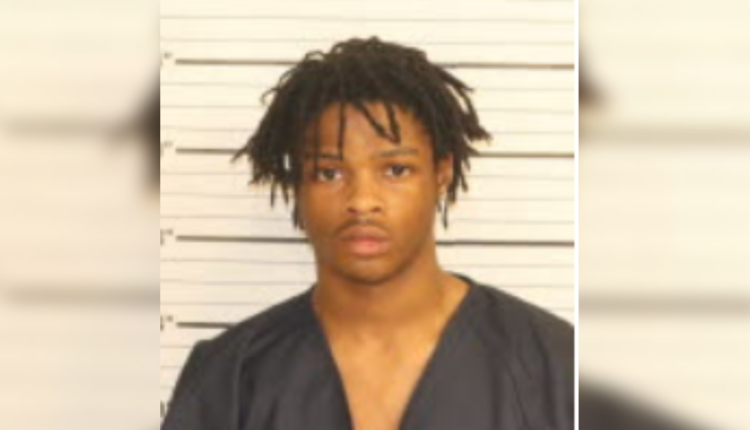 MEMPHIS, Tenn. — An alleged serial carjacker whose victim spoke with FOX13 in an emotional interview is in custody.

Memphis police tied 18-year-old Charles Metcalf to at least nine carjackings in the past four months. He sits behind bars on a combined $500,000 bond.

FOX13 INVESTIGATES: Number of Memphis carjackings spikes during the pandemic

FOX13 got a tip that the victim in our series could rest easy. Her accused carjacker is now behind bars after police say they’ve tied him to several other crimes.

On January 27 at 7 am, Appling Farms officers responded to a carjacking in the 1700 block of Germantown Parkway. A woman told police that she had pulled up to a pump in her 2013 Dodge Challenger. She stepped out to pump gas, leaving her kids in the back of the car. She told police that two men armed with handguns jumped out and told her to “drop it off.” She said she then pleaded with one man to let her kids out of the car. According to a police report, a 9-year-old refused to get out because the man was pointing a gun at her mother. Finally, the kids were able to get out, and the man got into the challenger and left.

On March 18, the woman picked Metcalf out of a 6-person lineup.

That was in January, just four days before police say Metcalf went on to carjack two more people.

Police say he admitted to using a stolen AR-15 and hitting one of the victims with that gun before taking off.

Weeks later, they say he used that same weapon near Raleigh-Frayser to carjack a Chevy Malibu.

On January 15, a woman told police she was carjacked in the 6400 block of E. Shelby Drive. She said two vehicles blocked in her 2021 Kia K5. A man opened the passenger door and pointed an assault rifle at her. He demanded she get out of the car, then he got in and drove off.

That same day, January 15, a man told the police he went into a business in the 3600 block of N. Watkins. The man said he left his 2016 Honda Civic running outside. When a red vehicle stopped behind hands, the man told police he ran outside as his car was backing up. The victim said a man in the back seat pointed an assault rifle at him as they drove away.

On January 16, police were called to a carjacking in the 2300 block of Germantown Road. A woman said she was sitting in her 2011 Mercedes S550 when a man approached, pointed a large gun at her, and demanded that she get out. The man drove away in her car.

On February 9, a man was carjacked in the 2700 block of Range Line. Police said the man was in a Toyota Avalon when two men approached him, both pointed handguns at him, then forced him out of his car.

On February 10, MPD responded to a robbery in the 1700 block of Germantown Parkway. A man said he was walking to his 2020 Kia Telluride when another man pointed a handgun at him and demanded the keys. According to an affidavit, the man handed the keys to a woman who started the Kia, then they both drove away in the car.

On February 19, a man told police he was James Road and Warford driving his 2015 Chery Malibu. He said he pulled over to help a friend with car trouble. The man told the police the friend got into his Malibu and drove away.

Memphis police said Metcalf was developed as a suspect in all of the crimes.

On March 4, investigators had information that Metcalf was in the area of ​​Cotton Patch and Old Mill Stream. Officers detained him when they saw Metcalf get tout out of a black SUV. Police records show that a black AR15 was found on the center console of the SUV. The AR15 had been stolen out of Mississippi in February 2019. Investigators found the Chevy Malibu taken from James Road and Warford parked one house north of where Metcalf was detained. Metcalf had the key fob for the car in his left front pocket.

According to an affidavit, Metcalf waived his Miranda rights and gave a statement admitting his participation in robberies and carjackings listed above. He admitted driving away in the Chevy Malibu and that the stolen AR15 was his.

On January 31, police said two women were carjacked at a gas station by two men. One was armed with a pistol, and the other had an assault rifle. The women said they were assaulted, and their 2010 Toyota Camry was stolen. The woman in the passenger seat said a man opened the door and demanded she get out. When she did, the man asked where the keys were and hit her with the gun on the back/shoulder area. The other woman said she was standing outside the car near the gas tank when the other man hit her on the side with a gun and demanded the keys. The two men got into the car and left, followed by a light gray vehicle.

In this case, Metcalf was developed as a suspect, and both women positively identified him from a 6-person lineup, police said. Metcalf was also the man who hit the woman in the shoulder. She had to be treated for her injury at the hospital.

On December 12, Metcalf was charged with carjacking and employment of a firearm during the commission of a dangerous felony after police said he took a man’s 2014 Infinity as he was getting into it in front of 3473 Poplar. The man told police a dark-colored SUV pulled up, then a man got out and pointed a handgun, demanding his vehicle. A second man also pointed a gun and told the Infinity owner to give him the keys. According to records, both men drove off, one in each vehicle.

On March 11, MPD found the Infinity Q50 in the 3200 block of Chelsea Ave. and detained the driver, later identified as Deveon Nickleberry. A search warrant was executed on Nickleberry’s phone, which contained several conversations connecting him to Metcalf. On March 15, a man identified Metcalf in a 6-person lineup as the man who approached him with a gun, threatened to kill him, and took his Infinity.

Metcalf is behind bars, charged with multiple counts of carjacking, aggravated assault, and felony weapons violations.

He has been assigned a public defender who told FOX13 it is office policy not to comment on active cases.