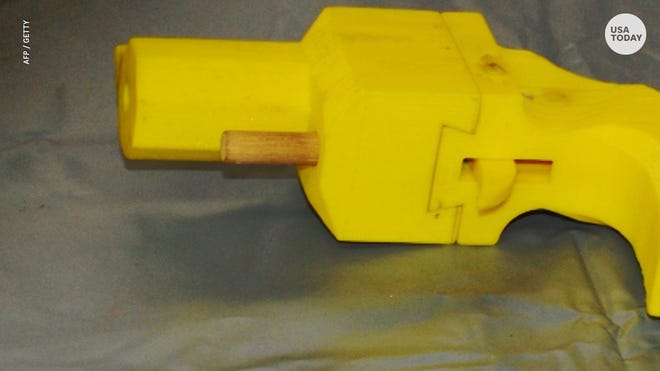 Here is a summary of recent incidents and announcements from authorities in Ventura County:

VENTURA COUNTY — Two men were arrested earlier this month following an organized retail theft that has been taking place across Southern California for the past few months.

In November, Ventura County Sheriff’s Deputies responded to a jewelry theft at a department store in Moorpark.

A lone suspect had disabled a security cable attached to a large jewelry display case and carried it into a waiting vehicle parked just outside the exit, authorities said. Store management estimated the jewelry to be worth over $21,500.

Moorpark detectives learned the same suspect was framed for committing similar thefts at seven different locations of the same department store chain across the region, with an estimated loss of more than $124,000, officials said.

On January 7, Moorpark detectives, assisted by detectives from the Thousand Oaks Special Enforcement Unit, arrested the two suspects outside of a Los Angeles apartment complex where one of the brothers had been staying.

The brothers were taken to and held at Ventura Main Jail on suspicion of grand larceny for two incidents that occurred in Ventura County. Bail was set at $75,000 each.

They were both scheduled to appear in Ventura County Superior Court at 1:30 p.m. Friday

On Nov. 27, the two stole 46 bottles of perfume from the Ulta Beauty store in Oxnard and 33 bottles from the Camarillo location, prosecutors said.

Phillips drove at a dangerous speed during the heavy holiday traffic to avoid being pursued by the Ventura County Sheriff’s Deputies. The two were eventually arrested.

Investigators later linked Walker to thefts that took place in October at Ulta Beauty stores in Camarillo and Thousand Oaks, as well as a Sephora store in Thousand Oaks.

She is also under investigation for alleged involvement in 19 organized retail robberies in San Bernardino, Los Angeles, San Diego and Riverside counties with losses totaling over $150,000.

Walker and Phillips are scheduled to be sentenced at 9 a.m. Feb. 10 in Courtroom 23 of Ventura County Superior Court. Each charge is punishable by up to three years in prison.

OXNARD — A 23-year-old Port Hueneme man was arrested in Oxnard on Friday on suspicion of firearms crimes after an apparent ghost weapon was found in his vehicle, authorities said

According to the Oxnard Police Department, officers from the Oxnard Special Enforcement Unit conducted a traffic stop at around 6:40 p.m. on a vehicle suspected of a suspected traffic violation on C and Sixth Streets.

There was a driver and two other occupants in the vehicle. Officials said they identified one individual as a member of an Oxnard street crime gang who was on probation for vandalism using court-approved search terms.

Polymer pistols are commercially sold as incomplete with no serial numbers and require further crafting to make them working firearms. Weapons like these are often referred to as ghost weapons.

Officers arrested the driver for possession of a gun. He was sent to the Ventura County Jail on suspicion of a firearms-related offense.

Anyone with information regarding this case or other criminal activity is asked to contact the Oxnard Police Department at 805-385-7600 or online through the department’s website at www.oxnardpd.org.

Cytlalli Salgado is a breaking news reporter for the Ventura County Star. She can be reached by phone at 805-437-0257 or email at [email protected]