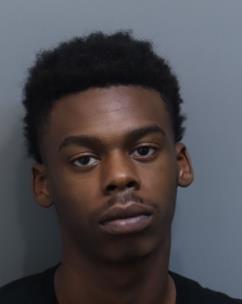 2 Teens Arrested In Connection With Aug. 12 Shooting At Hamilton Place Mall; Youth Who Had Been In Prior Mall Gunbattle Was There Saturday With Loaded Gun

Violent crime investigators from the Chattanooga Police Department have arrested two suspects in connection with the August 12 shooting in Hamilton Place Mall.

Investigators continue to monitor all leads and the case remains active.

Officials said one of the teenagers was involved in a previous shooting at the mall.

The two teens were listed as employees of the Grape Street Crip Gang and Pitmon as a member of the Rollin 60 Crips.

Police said the youth involved in the shooting at a mall recently fled police after getting out of a stolen vehicle at Elements Apartments.

Upon arresting the teen involved in the previous shooting at a mall, police said the other two tried to run away but were arrested after a brief car chase.

The youth who was involved in the earlier mall shooting was found with a loaded Glock 23 40-caliber handgun in his waistband. It turned out that the gun was stolen.

The other youth and Pitmon were found to have pending arrest warrants. The 20-year-old Pitmon had about two grams of crack cocaine with him.

A youth had a Honda key fob attached to his pants. Police were told the Honda was parked near Dick’s Sporting Goods. As the officers approached the vehicle, it smelled strongly of marijuana, which got stronger the closer they got. It was found that marijuana residue was scattered throughout the vehicle.

Pitmon said he was the driver of the Honda and the cocaine was him. He said he ran against him because of the arrest warrants.

The gray Honda CRV was found to have been stolen.

All three youths were taken into custody.

3 males, all convicted felons, indicted after police in Waukegan. had secured several weapons