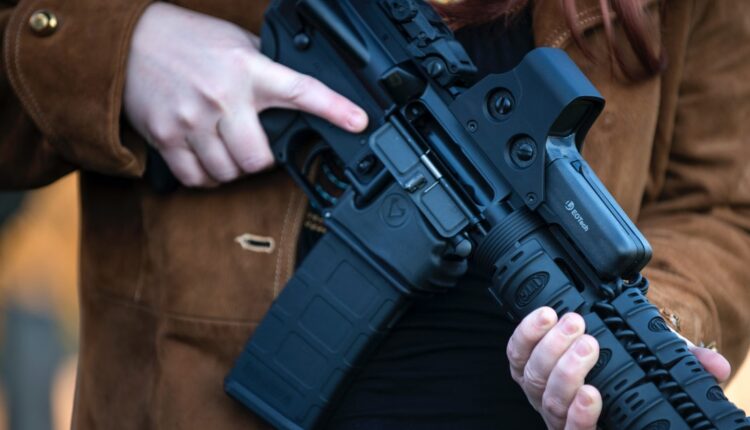 Since 50 people were fatally shot on Sunday by an AR-15 gun in Orlando, petitions to ban civilian ownership of the lethal weapon have been posted online. The rifles, which are a civilian version of a military-grade weapon, have been used in a multitude of mass shootings over the past 10 years, and people are now calling for prohibition of what organizations like the AR-15 Gun Owners of America consider “America’s modern sporting rifle.”

During the late 1950s, the United States Army Continental Army Command sought aid from arms engineering company Armalite to create a weapon that was “able to penetrate both sides of a standard Army helmet at 500 meters rifle,” according to AR15.com. The resulting AR-15 models were customized for jungle warfare in Vietnam and became known as M16 rifles. Today, only civilian models of the gun are referred to as AR-15s. Its lack of full automatic capacity is one of the only things separating it from the M16, which has become a military combat staple. The AR-15 style of gun can be sold to and owned by civilians, but are subject to model restrictions and magazine limits in certain states.

In the past, AR-15 model firearms have been used to carry out an alarming number of domestic terrorist atrocities. In July 2012, a gunman killed 12 people’s lives with an AR-15-style gun during a midnight screening of The Dark Knight Rises in Aurora, Colorado. Later that year, a 20-year-old used a similar style weapon to kill 20 young children and seven adults in Sandy Hook, Connecticut. In 2015, it was the weapon of choice for an ISIS-affiliated couple that killed 14 co-workers in San Bernardino, California. The assault rifle’s history has led pro-gun control citizens to wonder:

The following petitions raise awareness of the growing call for change in American gun laws ownership.

When it reaches 100,000 signatures, this petition will receive a response from the White House. So far, it has collected nearly 20,000 supporters. Its description begins:

Guns in America is a complicated issue for many reasons. However, the AR-15 is the weapon of choice for Domestic Terrorists and others who wish to kill and harm people quickly and efficiently.

This petition asking Congress to consider bringing back legislation that would ban the sale of assault weapons and war surplus items was posted to GoPetition just a day after the San Bernardino attacks in December 2015. In 1994, Congress passed a 10-year-long assault weapons ban on certain styles of firearms, but did not reauthorize it in 2004. Though it was largely ineffective due to loopholes, some gun control advocates believe it could be altered and effectively implemented. It has only collected five signatures since then, but remains open. Find the petition here.

Shortly after the San Bernardino attack, California student Tiffany Kanamaru posted this petition after discovering the loopholes within California’s assault weapons ban. The petition, which can be found here, has 21,750 signatures and is looking for 3,250 more. It will be sent to a member of California’s state government only.

San Franciscan Jeremy Cole published this petition to change.org on Sunday and pointed out that physical assault, but not assault rifles, is illegal in every state. It will be sent to the President, as well as Congress, and can be found here.

This GoPetition plea was created in July 2012 a week after the movie theater shooting in Aurora, Colorado. The petition to Congress has not attracted much attention in the past four years, but time, in this case, does not make it any less relevant. Find the petition here.