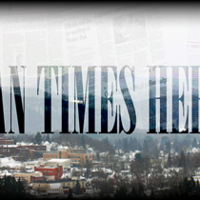 LITTLE VALLEY – A Jamestown man awaits trial behind bars on charges of murder and guns in a murder in Olean.

Theodore E. Coffie, 50, will be placed in the Cattaraugus County Jail on bail of $ 250,000, court and prison officials reported.

Coffie, who was raided by Jamestown police on Thursday, was wanted by Olean police in connection with the March 24th murder of 35-year-old Alexis Figueroa Torres at 300 block on South Third Street.

Coffie was indicted in front of Judge Ronald Ploetz on Thursday, court officials reported Friday. The deposit was set at $ 250,000 cash deposit, $ 350,000 insurance bond, or $ 500,000 partially secured bond. He is due to appear in court for another hearing on December 6th. District prison officials confirmed that he was being held in the prison Monday afternoon.

Coffie, also known as “Teddy,” was charged by a Cattaraugus County grand jury of a second degree murder, a class A-1 crime, criminal possession of a gun, a class C crime, a first degree crime, reckless endangerment, a Class D crime and criminal possession of a firearm, a Class E crime. After about a month of searching, police made the indictment public and asked the community for help in arresting a home

Federal law allows bail in violent crime cases, but is not required in Class A-1 crime cases. The State Security Bail Reform Act in 2020 and 2021 has not changed the standards for such cases. Deposit amounts are determined based on the type of crime charged, airborne risk, criminal record, and other factors. While some states have a standard that takes into account the potential danger to the community, New York does not have such a requirement.

Earlier this month, an Ulster County judge jailed a state trooper on a second degree murder charge, although bail has since been granted.

Police were called to the corner of South Third and West Greene Streets at around 9:20 p.m. on March 24 for a report on a man who was later identified as Figueroa Torres of Jamestown, who was shot multiple times. Grenade casings at the scene indicated that the weapon was a semi-automatic pistol. He was transported to the Olean General Hospital, where he later died of his wounds.

The city police refused to comment on the alleged motive for the murder.

Figueroa Torres’ obituary suggested that he was born in Puerto Rican and moved to the Jamestown area with his family. He was hired as a driver for American Transport of Buffalo, which provides Medicaid transportation services. He leaves behind his wife and nine children. Police previously told the Times Herald that he was known to come to Olean on occasion.

The murder was the first in the city in nearly four years, with a domestic violence incident that resulted in a death in May 2017 being the most recent.