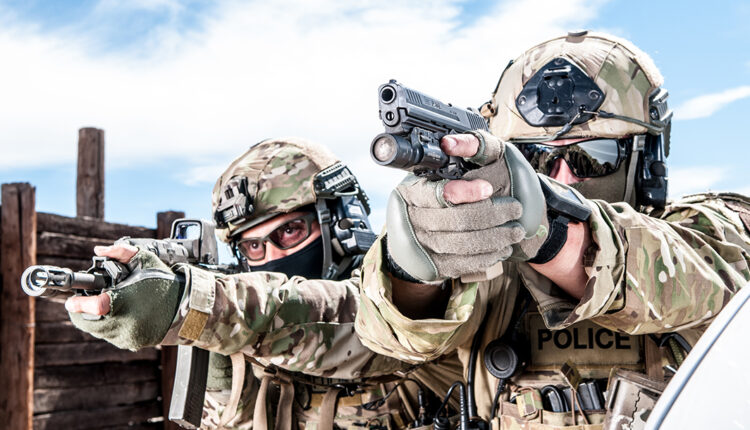 BORTAC is an elite tactical unit of the United States Border Patrol. The Border Patrol (USBP or BP) as the mobile uniformed division of the Immigration and Naturalization Service (INS) is charged with detecting and preventing the smuggling and illegal entry of foreigners into the United States, with primary responsibility between ports-of-entry .

Patrol agents perform their duties along and near the 8,000 miles of the United States’ borders. Agents patrol cars, boats, planes, horses, snowmobiles, motorcycles, and bicycles on foot.

To support them in carrying out their missions, the US Border Patrol maintains several tactical units at various locations in the USA. These units operate under the direct control of Headquarters, Special Response Teams in Washington, DC. BORTAC is the tactical unit of the United States Border Patrol.

The stated mission of the US Border Patrol Tactical Team is to provide the immigration and naturalization service with a specially trained and equipped tactical unit to deal with unusual situations within the service using special techniques. This team is ready for action at any location at short notice. “

The unit was established in 1984 to deal with disturbances in the INS detention centers. However, this mission is now being handled by the TacticalIntervention And Control (TIAC) ​​teams of the INS Department of Detention and Deportation. Since its inception, BORTAC has steadily expanded its scope and operational capabilities and is now a rapid response unit capable of conducting domestic operations at both a foreign and national level.

Over the past decade, BORTAC has carried out several high-risk operations and has been active on a large scale abroad. Some of these operations included support for anti-drug operations conducted by the U.S. Department of State, the Drug Enforcement Administration (DEA), and other federal law enforcement agencies. In anti-drug operations in South America, such as Operation Blast Furnace, the unit operated with DEA’s “Snow Cap” teams.

BORTAC has also assisted the US prison office in large-scale inmate riots and civil unrest. During one such operation, BORTAC, several FBI SWAT teams, the US Marshal’s Service Special Operations Group (SOG), and US Army special forces successfully restored order to the Atlanta prison (USPA) after Cuban inmates there rioted. In addition, they have worked with the now defunct Drug Interdiction Assist Team (DIAT) of the US Coast Guard, US Military Special Forces (SOF) such as the US Navy SEALs and Army Special Forces, as well as elite police and military units from several foreign nations. 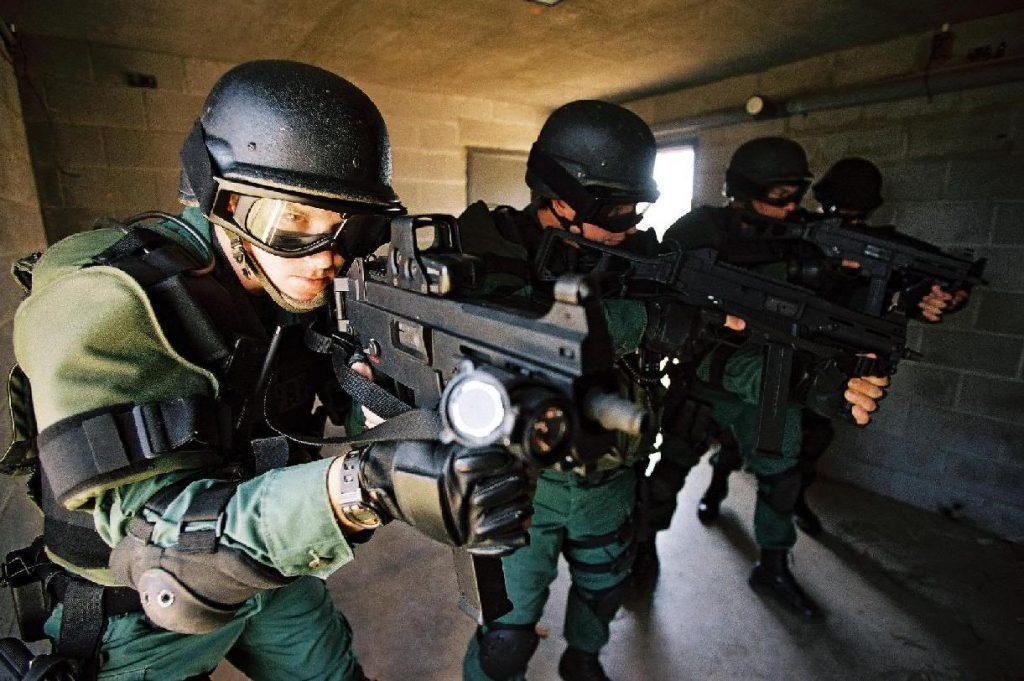 BORTAC was also dispatched to Los Angeles in 1992 to help restore order after an acquittal riot broke out during a trial of white police officers accused of beating a black driver.

BORTAC’s last high-profile operation took place in April 2000. Code-named Operation Reunion, a team of BORTAC employees was hired to carry out a raid to ensure the safe return of Cuban refugee Elian Gonzalez to his father. During the operation, BORTAC and several other INS tactical units executed an early morning warrant for the home of Gonzalez’s relatives in Miami.

Despite the tremendous negative publicity generated by the raid and complaints of excessive use of force by the BORTAC entry team, the unit was very reluctant to face the resistance they faced. The team successfully entered the house, removed the child, left the area, and safely returned to his birth father, all without firing a shot.

The headquarters of BORTAC and its training unit are located at Biggs Army Airfield in El Paso, Texas. The training unit BORTAC is currently responsible for the implementation of all tactical team trainings of the INS. In addition, the unit also provides specialist training for other federal, state, and local law enforcement agencies. 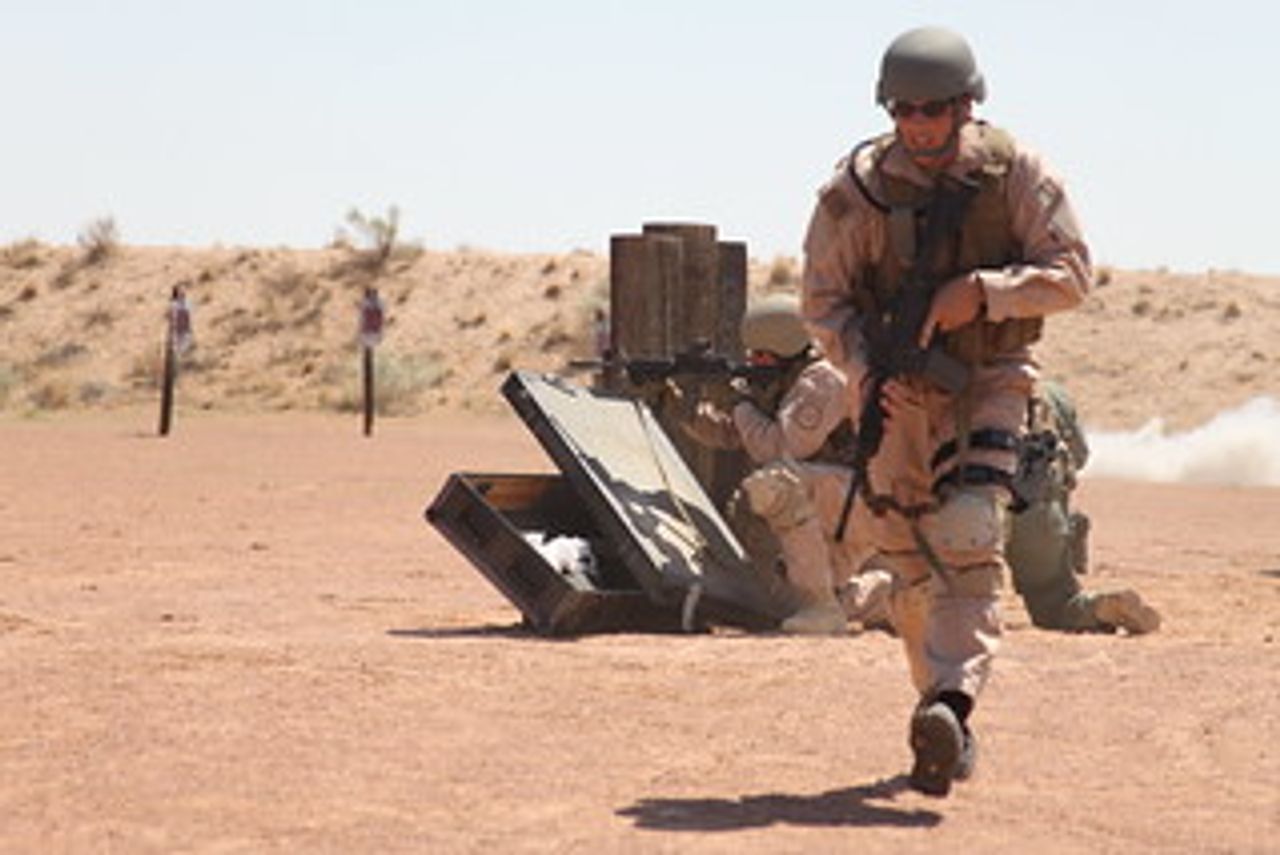 The five-week BORTAC basic training is considered to be one of the most demanding training courses in the civil penal system. Qualified BP personnel can volunteer for the device. After an initial screening process, which includes a strenuous fitness test, prospective BORTAC operators are scheduled for the next BORTAC basic training. The course covers topics as diverse as operational planning, land navigation, patrols, tactical pursuit, rappelling and rapid abseiling, hand-to-hand combat (CQB), counterinsurgency techniques, defense tactics, drowning prevention, trauma medicine, combat firearms, and air assault operations.

As evidence of the difficulty of getting a spot on the team and completing the initial graphical training in July 1999 when BORTAC Basic Training Class XI was completed, the original group of BP agents applying for BORTAC membership was from 100 men; from this group sixty were eliminated during the initial physical fitness test. Of the forty remaining agents, thirty-eight signed up for training, with twelve actually completing the entire course.

Due to its national and international responsibility, BORTAC has authorized a large number of weapon systems that are normally not available to other BP employees. The following is an incomplete list of approved special weapons that can be used by BORTAC:

BORTAC personnel usually wear OG-1O7 uniforms or sage green flight suits with a sewn-on muted BP patch when performing operations. Each team member is also equipped with a ballistic kevlar helmet and an armored assault vest. The boots worn by individual team members depend on the personal preferences of the operator.

Man admits dating a friend who had gun and bullets