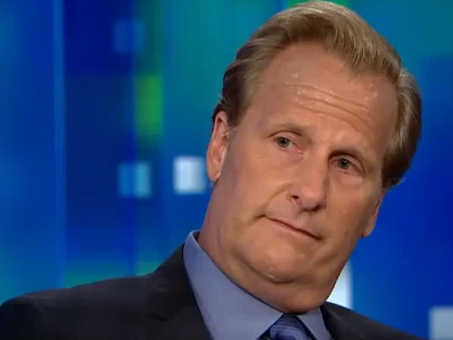 PIERS MORGAN: What about self-defense, guns, the right of an American to carry and use one in such a situation, and maybe he can go away a freeman?

JEFF DANIELS: Yeah, well, I’m one of those people who go back to the second amendment and just say you know what, it was a different time and now we’re with the Sandy Hooks and that – you know, all that and what Whatever happened between George Zimmerman and Trayvon Martin that night, only they know.

One of them had a gun and they are really easy to come by and I’m one of the guys that would go, let’s say 90 percent of Americans, background checks, let’s do the police better, and I know the gun – the one Gun enthusiasts are upset about this, but it’s a different world now.

MORGAN: You see, it’s interesting to me because I was thinking what it would take for something to change in America and I was absolutely convinced it would be Sandy Hook. When I saw this, I thought this was going to be the turning point, and within six months it turned out to be not the case at all. Nothing has changed.

The Best Self-Defense Guns for Girls: What to Look For

The Problems With Small Self-Defense Guns