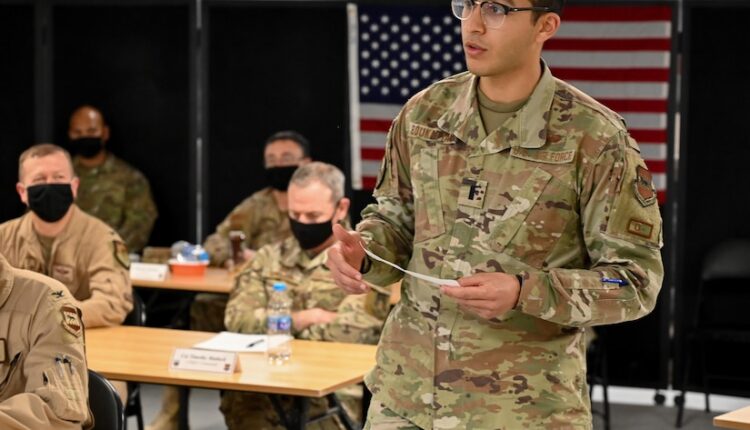 The 332nd Air Expeditionary Wing hosted a virtual dialogue between its airmen and Chief of Staff of the Air Force, Charles Q. Brown, Jr.

“The event is part of an ongoing effort to further promote diversity and inclusion in the wing,” said Captain Andre Jordan, chair of the Diversity and Inclusion Council.

“This is a milestone for the wing, simply because of the intentionality and focused effort that this wing is making to ensure that diversity, equity and inclusion are part of our experience,” he said. “This event is just another aspect of this ongoing effort.”

Brown expanded on his statement by explaining his philosophy as he moved through his tenure, particularly with regard to diversity and inclusion.

“We have work to do here,” Brown said. “We have to work as managers in order to create and promote an environment in our units in which all aviators can develop their full potential. We can do better and we will do it.”

He said the Air Force was at a crossroads where it had to adapt to changed realities or suffer the consequences.

“When I wrote ‘Accelerate or lose changeI focused on the why; why we had to change and the risk of what we would lose – and that included losing quality flyers, ”said Brown.

He set out three things any aviator can do to make people feel included and valued: the courage to speak up, the consideration for others, and the character to have difficult conversations.

Brown said it takes courage to speak up when something needs to be addressed: “I think it’s difficult for all of us to speak up. You get a lump in your stomach, but saying it makes you feel so much better. If you say it, it makes a difference. “

“The honesty and transparency of the CSAF’s responses have been both refreshing and motivating,” said Jordan.

An open moment in Brown’s remarks stems from his early days as a fighter pilot and the requirement to qualify for the .38 “six shooters” and the 9mm pistol.

“It took me three times to qualify and I was called in by my operations manager to see if I had any personal problems or problems,” he said. Brown stated that firing a gun wasn’t much of what he did until he joined the Air Force. It took him a few years to realize he was cross-dominant – right-handed but left-dominant.

“It was a really stressful event for me because I hardly got around it until I found out,” he added.

He used this story to point out that, despite rising to the highest rank in the service, his career was not without its setbacks.

“We all have setbacks, but I think the sign of complete failure is if you stop trying,” he said.

After the event, Jordan reflected on Brown’s remarks and realized that everyone has a role to play. “It underscores the importance of what we are doing here and the impact it will have on the future of our air force.”