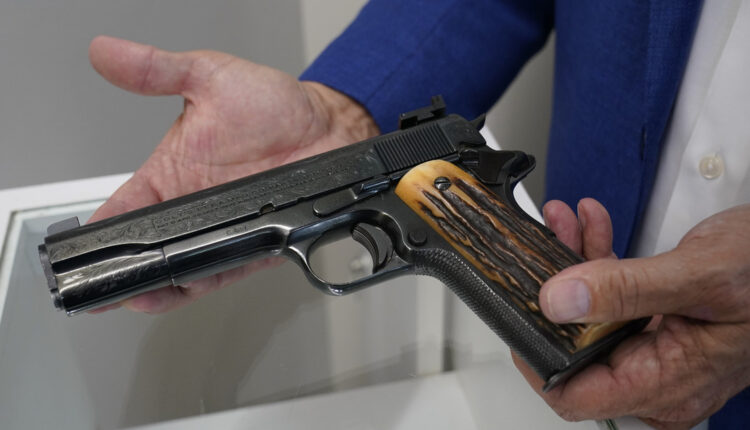 On October 8th, an auction took place in the United States where they were sold for $ 3.1 million 174 items that belonged to the legendary American gangster Al Capone.

The event, organized by California auction house Witherell’s, titled “A Century of Notoriety: Al Capone Properties,” took place in a private club and attracted nearly 1,500 people to bid for a variety of items including furniture, photographs, and jewelry.

The most popular item, however, was Al Capone’s favorite weapon, a Colt .45 caliber semi-automatic pistol that was sold for $ 860,000.

“We expected Al Capone’s personal weapon to be the best-selling item as we received multiple six-figure offers straight away when the auction was announced in August,” said Brian Witherell, co-founder of Witherell’s. “The final sales price, together with the record number of registered bidders, completely exceeded our expectations. It really speaks for the notoriety and attraction of Al Capone, who is better known today than it was a hundred years ago. “

Al Capone was a gangster who operated primarily in Chicago and became one of the FBI’s most wanted criminals in the late 1920s and early 1930s. On October 17, 1931, he was finally convicted of tax evasion and spent several years in the infamous Alcatraz prison. He died of pneumonia at his Miami Beach mansion at the age of 48.

Disclaimer: This article is generated from the feed and is not edited by our team.