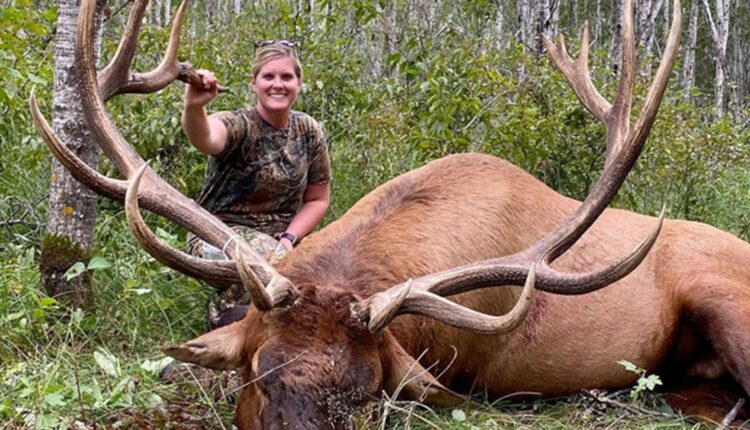 Minnesota hunter Lacey Lupien has officially broken a state record and slaughtered the second largest bull elk ever shot in the state. According to the Star Tribune, the Boone and Crockett Club has officially recognized Lupien’s massive bull elk, who was shot near her home in Lancaster that summer, as the second largest moose in Minnesota on the books. With a 7 by 8 rack, a gross score of 380, and a net worth of 367, the moose is so big that she and her husband Lance have to remodel their home just to make room for the mount.

On August 6th, the second day of the season, Lupien

was in a neighbour’s old box when the animal stepped out of the forest onto a bean field 250 meters away. She shot a .300 Winchester Magnum rifle once, not sure if she hit it. But a slight trail of blood led to the dejected moose, 120 meters from where it was shot.

“We heard it crash into the forest,” said Lupien, a nurse who won Moose Day in this year’s license lottery. “It was so exciting.”

For more information on this story, see the original Star Tribune coverage.