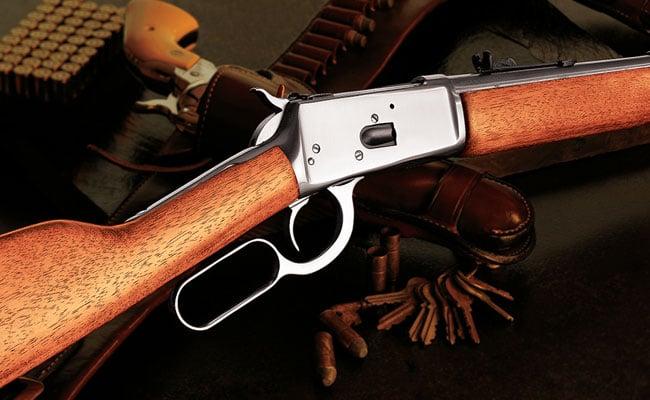 In the days of the Old West, the single chambered carbine for a handgun cartridge (or vice versa, whichever you prefer) was the common saddle weapon, but the concept seems to have withered over the years as the shooter turned to more exotic calibers and better ballistic efficiency . But there are still good arguments for the combination, especially in those parts of the world where a no-frills general purpose rifle is needed. Rossi’s Carbine enjoyed good sales.

The Rossi Model 92 SRC Carbine makes no secret of the fact that it is an almost identical copy of the Winchester model from 1892, although there are some minor differences internally. The receiver is an investment cast attached to a steel tube and the woodwork is well matched and polished while the metalwork is well blued. The locking mechanism is a traditional Winchester lever mechanism and feeds the tube magazine under the barrel.

The Rossi Model 92 SRC holds 8 rounds .357, but the gun can be used with .38 special cartridges, nine of which can be housed in the magazine. The visor is a leaf, while the visor is open, with step adjustment for elevation and drivable sideways to zero the side and drift.

The carbine appears to be a bit sensitive to ammunition; Of course, only flat-headed bullets should be used in a tubular magazine, but various brands appeared to have tolerances that did not match the tolerances well, for example, of the cartridge guides in the breech. The length is also quite critical, and while factory loads mostly work well and the loads need to be tailored to the characteristics of the fastener. The accuracy is sufficient, with the right ammunition two-inch groups at 50 meters are possible.