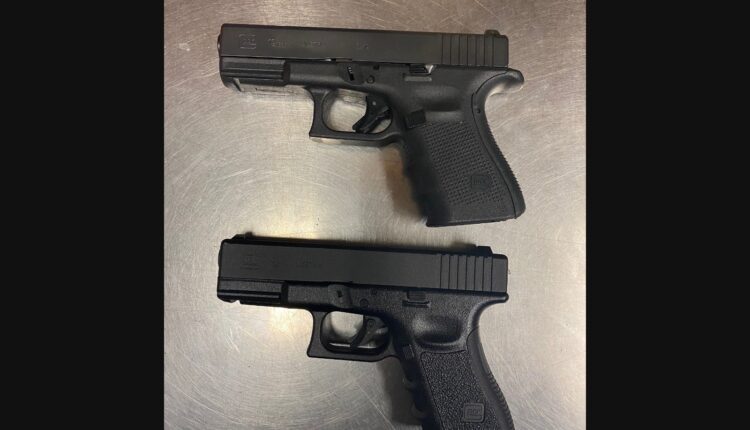 Witnesses called the police at around 11:20 am and said they saw someone shoot vehicles and other objects from a window in an apartment on the 600 block on Boyd Street.

When officers walked into the apartment, the 15-year-old boy admitted to parking on passing cars and on cars parked on the street in front of his residence, SRPD Sgt. Summer Gloeckner said.

“The youngster gave the officers a BB weapon that was almost identical to a Glock pistol,” said Glöckner. “The teen said he bought it online. (We have attached a picture of the replica gun next to a real Glock.” Can you tell the difference?) “

Officers confirmed that two passenger cars and a tractor were severely damaged by the shooting.

“The young person was arrested for vandalism and released to his parents,” said Glöckner. “Because of his age, the young person’s name is not published.”

Man Nabbed With Illegal Handgun After Fleeing From Cops In Space, Police Say