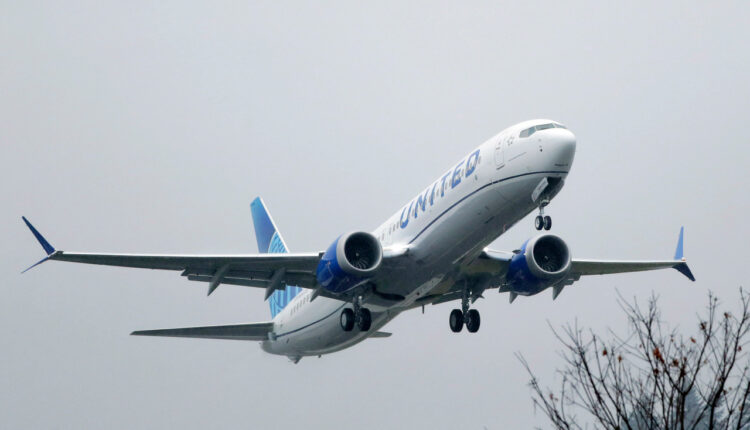 NASHVILLE, Tenn. (WKRN) – An AWOL Fort Campbell soldier carried a gun on a flight from Chicago to Nashville earlier this year, falsely claiming to be a law enforcement officer bringing evidence to the FBI, federal investigators said.

A criminal complaint filed on Monday revealed that 19-year-old Jaidan Higueros was charged with carrying a gun or explosive on an airplane and the wrong person, officer or employee of the United States.

The charges stem from a February 15 flight in which investigators said Higueros flew from Chicago O’Hare Airport to Nashville International Airport on a United Airlines plane.

The Federal Bureau of Investigation’s complaint alleged that a Federal Air Marshal aboard the flight noticed that Higueros “acted suspiciously” and found that he was “carrying a gun in a duffel bag in the aircraft’s passenger compartment”.

When the flight landed in Nashville, Higueros was taken into custody.

The complaint identifies Higueros as a private second class in the U.S. Army assigned to the 561st Military Police in Fort Campbell, Kentucky. At the time of his flight, his military commander stated that he was “absent without a vacation” or AWOL for leaving a 250 mile radius of Fort Campbell without an approved vacation.

His commanding officer added that Higueros did not serve in any government or law enforcement agency during the voyage and, according to federal records, had not received any law enforcement badges or ID cards.

Investigators said Higueros originally traveled to Chicago O’Hare International Airport on February 11 and carried his personal pistol – “a Glock 43 9mm” – in his checked baggage without incident. Prior to that first flight, according to the complaint, Higueros had contacted American Airlines regarding the proper procedures for flying with a firearm.

On the morning of February 15, Higueros reportedly missed his originally scheduled flight home, but learned that the next flight to Nashville was on United Airlines. A United Airlines customer service representative told investigators that he had told Higueros that he would not operate the flight because it would take too long to check in his gun.

The complaint said Higueros had told the customer service representative that the gun was in his luggage and that he was working for the Department of Defense carrying evidence for a lawsuit so that he would have to come to Nashville. Higueros said he was a law enforcement officer and was allowed to fly armed, and records showed the customer service agent a military ID.

On board, investigators said Higueros spoke to the pilot and said he was a police officer and had a gun with him on the flight. He also assured him that there was nothing to worry about.

One of three TSA Federal Air Marshals on the flight learned that Higueros was a police officer and watched him “act suspiciously”. Then he saw him “with a travel bag in the aircraft toilet,” according to federal investigators.

When confronting Higueros, the Marshal said Higueros claimed to be a military policeman who was carrying a firearm as evidence of a crime and was going to turn it over to the FBI in Nashville.

The agent said Higueros verbally agreed to search his bag. The federal documents state that he found “an unloaded Glock 43 9mm, a magazine with six rounds of ammunition and an empty magazine”.

SEE ALSO: Passengers removed from the aircraft at Nashville Airport after a disruption on board

When asked for his law enforcement IDs, Higueros said he could not produce them and was handcuffed and detained for the remainder of the flight.

Higueros was later interviewed by agents and admitted that throughout his trip to Chicago and back to Nashville, he was traveling on his own account and not for official reasons. He is said to have stated that his motivation to lie was “to come home” and “not have malicious intent for what he did”.