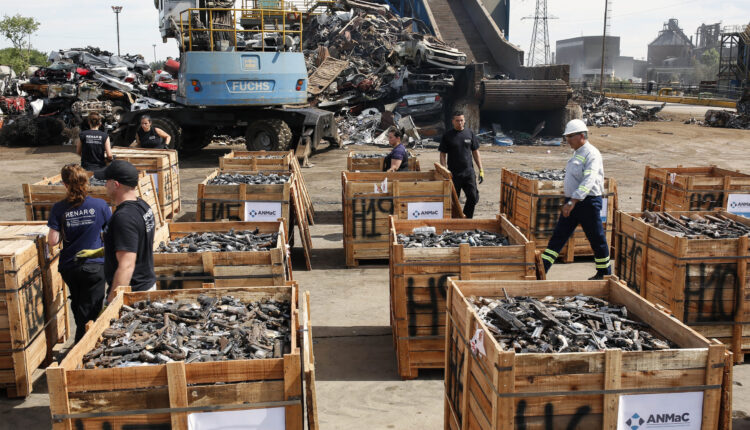 This is the result of the weapon registration. (AP Photo / Agustin Marcarian)

Arizona Representative Paul Gosar and Mississippi Senator Cindy Hyde-Smith introduced the Registration Information Protection (GRIP) law for gun owners. The bill prohibits federal funding or support for databases listing firearms that are lawfully owned or in possession, or by persons who lawfully possess or possess them. Current law prohibits the federal government from holding any information obtained during the FBI’s NICS background check process. The GRIP Act would clarify this prohibition and promote coherence by extending the limit to federal funds that states can use to compile their own registers.

All states benefit from federal grant programs such as the National Criminal Histories Improvement Program (NCHIP), the NICS Amendment Records Improvement Program (NARIP), and the Edward Byrne Memorial Justice Assistance Grant (JAG) program (popular in AZ) to help improve criminal records and records Support in fulfilling the reporting requirements. This bill would prevent these funds from being used to assist in the establishment of a full or partial list or register. The bill currently has 24 co-sponsors in the House and 10 in the Senate.

This week, Spokesman Pelosi plans to slam two overarching gun control bills through Congress. These bills would create a monstrous gun registry database that could be made available to the public, thereby increasing the likelihood of discrimination against gun owners. In contrast, I introduced the GRIP (Gun-Owner Registration Information Protection) law this week. The GRIP Act, approved by the National Rifle Association, prohibits the use of federal funds on gun registry databases that list gun owners who legally own or possess firearms.

A similar bill was introduced in 2018 but died in the house.