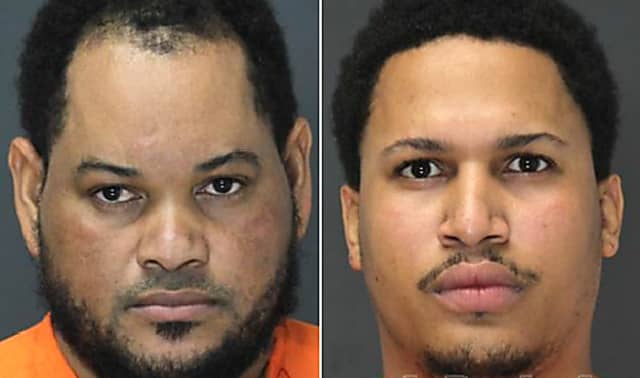 Bergen Prosecutor: Out of state duo arrested at Route 95 stop with hidden gun, magazine and more

Two Virginia men were arrested after detectives stopped their SUV near the George Washington Bridge and found a secret compartment that hid a loaded gun, an elongated magazine, hollow-nose bullets and a drug press, authorities said.

Richard Mercedes Avila, 24, and Hector Mercedes Cedeno, 37, both from Manassas, VA, were held in Bergen County Jail Monday after being arrested by detectives from the Bergen County Prosecutor’s Narcotics Task Force.

Inside was a 9mm pistol, a magazine with the hollow tips – which expand on impact – and the drug press, the prosecutor said.

Avila and Cedeno were waiting for their first appearance in front of the Central Judicial Processing Court in Hackensack for illegal weapons, ammunition and drug paraphernalia.