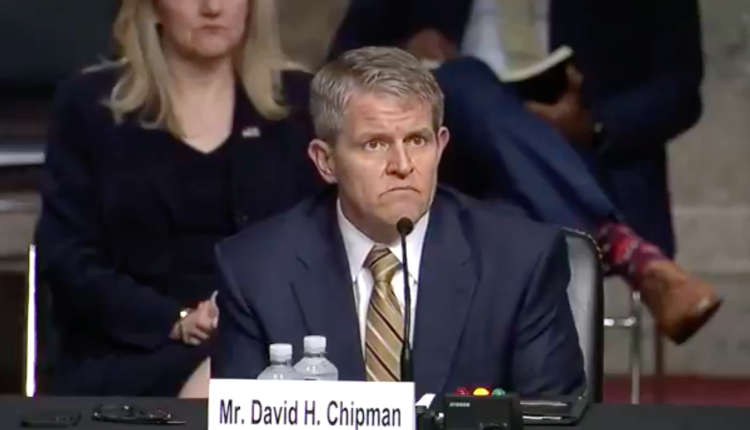 Ask and you will receive. Yesterday we posted Larry Keane’s comment calling on the feeble Biden government to acknowledge the reality and withdraw the nomination of gun control lobbyist David Chipman to head the Bureau of Alcohol, Tobacco and Firearms. Today Jeff Bezos’s Washington Post announces that everyone who runs things in the White House has leaked that they intended to do just that.

The White House plans to withdraw David Chipman’s nomination to head the Bureau of Alcohol, Tobacco, Firearms and Explosives this week due to bipartisan opposition to his endorsement of gun control, according to two people aware of the decision.

Chipman was always a bold nomination. Trying to use a paid gun control lobbyist to run the country’s state firearms regulator, Biden was every bit as brave as a GOP president who nominated Wayne LaPierre. It would always provoke fierce opposition on the other hand, but the White House apparently thought they could do it outrageously.

But when Chipman’s serial lies and allegations about past racist comments surfaced – allegations that no one has disproved – the end of his nomination was only a matter of time. Even a handful of red-and-purple State Democrats let it be known – sometimes by not saying anything (at least publicly) – that they would not vote for him.

This is a huge loss to the Civilian Disarmament Industrial Complex, which was behind Chipman’s nomination with all it had. And when they saw it gradually go up in flames, the screams and accusations of mendacity and the dirty pool against those who worked to defeat it were glorious.

Will the next government candidate be kinder to gun rights? Please. Will they vote for someone who has not openly called for AR-15 regulation like machine guns and openly denigrated law-abiding gun owners? They will if they are smart. And if they do, whoever they choose could pose an equally great threat, but be more difficult to defeat.

But with Chipman’s nomination, Biden managed to get virtually everyone on the gun rights page of the ledger to unite in bitter opposition to someone who was a caricature of a goofy anti-guns zealot, and that was a very good thing. Now we shall see if this type of unity can continue into the battles ahead.