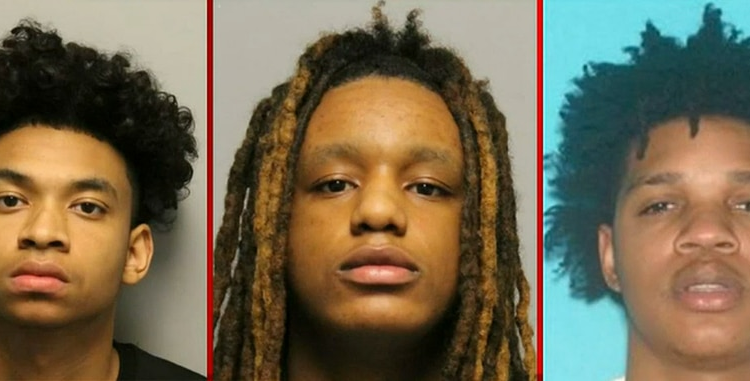 NASHVILLE, Tenn. (WSMV) – A group of young men are in custody for numerous vehicle break-ins and theft in Middle Tennessee on Wednesday, including guns and ammo from a Metro Police vehicle.

According to an arrest affidavit, several suspects broke into vehicles in the 3100 block of Penn Meade Way around 2:30 am on Wednesday. Among these vehicles was a Metro Police vehicle belonging to Randall Smith, from which department-issued weapons and ammo were stolen.

Video surveillance in the neighborhood showed the suspects breaking into two other vehicles in the same neighborhood. However, no items were taken, according to the affidavit.

It is believed these same individuals went on to commit numerous vehicle burglaries in the Mansker Farms and Monthhaven Green neighborhoods of Hendersonville. Guns, jewelry, and other items were taken from parked vehicles.

Metro Police located the stolen vehicle the suspects were using for the burglaries and tracked the four to a home on Joseph Avenue and a business on Murfreesboro Pike.

Officers recovered a Glock pistol and two pistol magazines at the scene. Smith was able to identify the items as his government-issued property. Inside the stolen vehicle, the affidavit stated officers located two black scales and other Glock magazines. 467 grams of marijuana were also found in the vehicle.

Officers executed a search warrant at the Joseph Avenue residence and Smith’s Glock 48 was located inside the home.

All four are being held in Metro Nashville with holds on warrants from Hendersonville Police.

The four face 22 counts of burglary, 5 counts of theft, and 9 counts of vandalism. HPD said courts dates and bonds will be set once they are released to the custody of Sumner County Jail.

Murder of Ferguson woman in downtown St. Louis ‘caught everyone off guard’ | Law and order