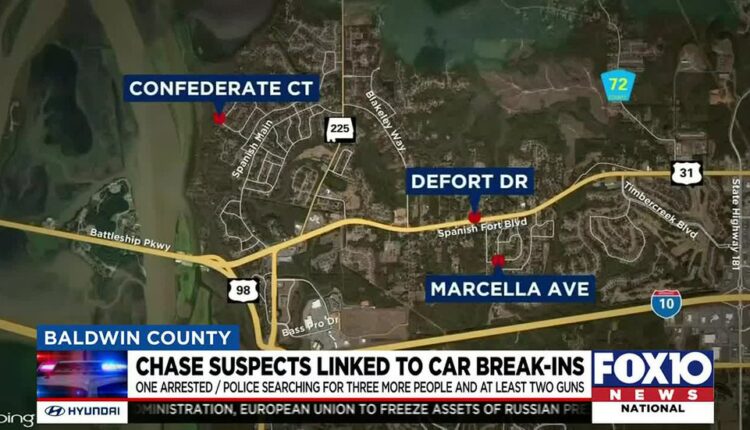 MOBILE, Ala. (WALA) – Spanish fort police connected people accused in a recent car chase to a string of vehicle break-ins in the city.

Joshua Johnson of Daphne was arrested and police are still looking for three other people who ran away.

Investigators said Johnson and the others were involved in stealing at least four guns from unlocked vehicles on Marcella Avenue, Defort Drive and Confederate Drive.

Police recovered two shotguns after the chase, but said an AR15 and a pistol are still missing.

“There’s always weapons being sold on the streets,” said Spanish Fort Police Chief John Barber. They don’t end up in pawn shops anymore like you would think. They’re just being sold as a commodity. I mean, they’re being traded on the streets and end up in the hands of people who are

Johnson has been charged with breaking and entering as well as related to the chase. committing violent crimes and such, how you can help, you know is keep your vehicles locked.”

Police say he may have been involved in other recent break-ins.