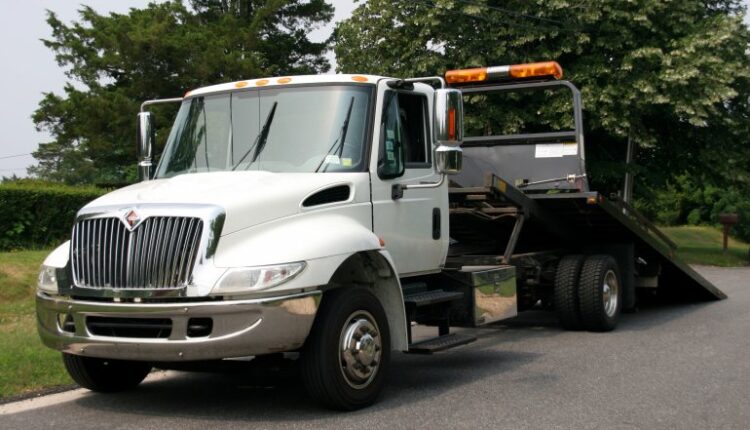 Read this heading again. Right, Elliott Scott stole a tow truck in Chicago on Tuesday. However, thanks to GPS, the rightful owner of the truck tracked down the bunk, whereupon the owner found Mr Scott in the driver’s seat of the truck. The owner then pulled a gun on the Mr. Carjacker and explained things.

Upon appearing in court, Mr. Scott admitted calling the judge 9-1-1, after which his attorney told the young thief to shut up. Only in Chicago, right?

CWB Chicago has the story.

A Grand Crossing man stole a towing company’s truck and then called 911 himself because he was upset that the truck driver dared pull a gun at him, prosecutors said.

Elliott Scott, 22, is charged with aggravated possession of a stolen vehicle, misdemeanor theft and driver’s license.

Scott’s attorney was quick to advise, “It’s not best to bring the charges up in court.”

Prosecutors said police responded to a call Tuesday after someone stole a Tri-City Towing-operated flatbed tow truck from the 7400 block of South Exchange. The company owner provided the police with his GPS coordinates and the police went to this location.

In a town where cops manage to successfully solve only 2.7% of non-fatal shootouts, it’s no wonder the tow truck owner has been looking for his stolen truck. Because if non-fatal shootouts are not resolved, how many stolen cars or trucks do you think will be recovered intact?

That said, threatening or using lethal force just to defend (or, in this case, regain) property is never a great idea. Particularly in anti-self-defense jurisdictions where the Soros-funded prosecutors make the indictment and prosecution decisions.

Fortunately, this story had a happy ending as the police didn’t harass the owner of the tow truck. It could have ended badly for him, however.