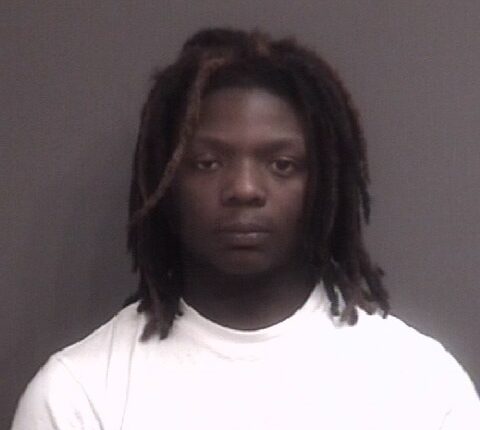 Columbia man charged after allegedly threatening a man with a gun

A Boone County prosecutor has charged a Columbia man after he allegedly threatened another with a gun on April 12.

Tyrese Craft is charged with two counts of armed criminal action, two counts of fourth-degree assault, unlawful possession of a firearm, and unlawful use of a weapon—exhibiting.

Craft allegedly was a backseat passenger of a red Nissan Versa car that was leaving the scene of shots fired call on the 4600 block of Orchard Lane just before 10 pm, according to a probable cause statement.

Officials report police stopped the vehicle Craft was in and reportedly found an AR15 and a black mask in the floorboard near Craft. According to court documents, the gun was missing 10 rounds in the magazine.

A victim told police that she was in her office with her window open and saw a man hanging out of a vehicle with a black mask on and holding a gun in a threatening manner.

A second victim told police that the Versa was following him on Orchard Lane when a person in the back was hanging out of the window brandishing a “very big gun” in a threatening manner.

Craft is being held without bond at the Boone County Jail. According to online court records, Craft does not have a defense attorney listed at this time.

Craft had his initial court appearance on Tuesday.

Woman arrested in connection with murder of Sidney man