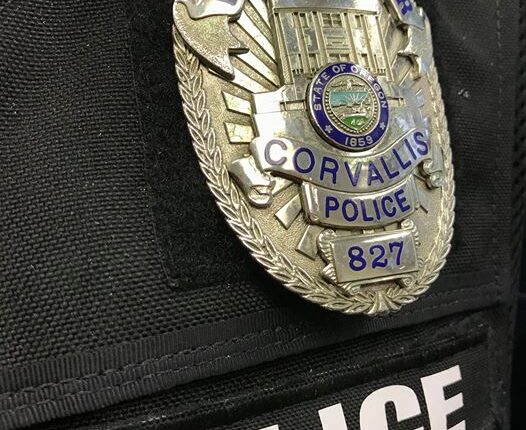 On March 21, 2002 at around 0339 a.m., officers of the Corvallis Police Department answered a
Report of a man intruding into the Days Inn hotel at 1113 NW 9th Street. A hotel employee told
Dispatcher The male acted aggressively and tried to get into the guest rooms.
An officer contacted the man, who was later identified as Jeffery W. Appelt, just outside the hotel
Entrance. Appelt threatened to kill the officer and seemed to be removing something from his
Bag.

Video evidence showed that Appelt raised his hand and walked towards the officer.
The officer turned and ran in the opposite direction, placing space between him and Appelt. Appelt
chased after the officer, still holding something and threatening to kill the officer
multiple times. While distancing himself from Appelt, the officer drew his less lethal taser and
shot at Appelt. Appelt turned away from the officer and went back to the hotel entrance.
The officer shouted and over his radio that Appelt had a knife. Another officer tried
Take Appelt into custody when he re-entered the hotel, but Appelt used physical force to escape.
He fled west, where a third officer was pulling into the parking lot.

The third officer’s video showed Appelt holding a knife and aggressively approaching it
third officer standing near his patrol car. Appelt called to the third officer: “Are you doing that?
want to die? Do you want to die “This officer ordered Appelt to drop the knife several times.
Appelt continued to walk towards the officer while holding the knife. When Appelt came in
In the immediate vicinity of the officer and his open patrol car, in which there was a loaded AR15 rifle
and shotgun the third officer fired his pistol. Appelt was beaten several times.
Law enforcement immediately provided life-saving measures until the Corvallis Fire medics arrived
Minutes later, but Appelt was pronounced dead at the scene. Two knives were later recovered
from the scene. Eyewitnesses present at the scene confirmed the video evidence.

The officers involved were put on administrative leave in accordance with Senate Act 111, a state
Widespread use of the Force Protocol, CPD department guidelines, and national best practices. The purpose of
The administrative leave is used to release the employee from other field tasks
experiencing the emotional stress of being involved in a critical action and having time to do it
Conduct an objective investigation into the incident. Administrative leave is not in these circumstances
considered a suspension or a disciplinary measure.