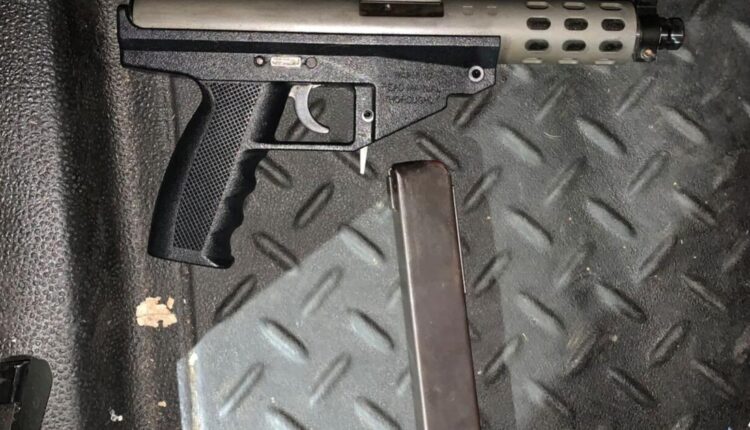 Police said two men were killed and one injured in two separate shootings in Lompoc on Sunday.

In response to a report of the first shooting at the 500 block on North M Street shortly before noon, officers found a 27-year-old man who had been gunshot wounds, according to Lompoc police officers.

The man, who was not identified, was taken to a local hospital where officials said he succumbed to his injuries.

The detectives had almost finished working the scene since the first shooting when the second shooting was reported a little over two hours later. Detectives said they could have heard the gunshots from the crime scene.

Police responded to the second shooting at 300 block on West Maple Avenue shortly after 2 p.m. and found a 31-year-old man and a 20-year-old man with gunshot wounds. Both were transported to a local hospital.

The 20-year-old man died of his injuries while the 31-year-old man was treated for a non-life-threatening gunshot wound and was later released, officials said. None of the men were identified.

The names of the deceased victims will be withheld from Lompoc until their families are notified, according to the Lompoc police.

Officials have not said whether there is any connection to the shootings that are being investigated.

Officials on Friday identified the three Lompoc police officers involved in the shooting of a 32-year-old man after responding to a phone call related to an attack on West Cypress Avenue on October 9.

The three police officers involved in the shooting at an apartment building on 700 block on West Cypress Avenue were Mauricio Calderon, Gabriel Molina, and Rudy Mendoza. All three are on paid administrative leave.

The officers, who responded to a report of a deadly weapon attack shortly after 6:30 p.m., met Travis Daniel Carlon, who barricaded himself in the building on West Cypress Avenue, according to Captain Kevin Martin.

Carlon reportedly refused to respond to police officers staged outside the residence but eventually came to the door with a handgun. Carlon pointed the gun at officers before he was shot, Martin said.

Calderon, Molina and Mendoza are 12, 3 and 2 year old members of the Lompoc Police Department, respectively.

Calderon was also one of the officers involved in the shooting of 26-year-old Krys Ruiz at 100 Alley of North H and G Streets on March 28. The shooting, believed to be a “police officer suicide,” was justified in an investigation by the Santa Barbara District Attorney’s Office, according to a report released on Aug. 26.

Santa Maria drivers can expect road closures at the intersection of Broadway, which is also Highway 135, and Bunny Avenue as traffic lights and ramps are installed that comply with the Americans with Disabilities Act.

Shivers said FEC Future Contractors of Fountain Valley is the contractor for the $ 1.3 million project, which is expected to be completed next spring, weather permitting.

A Lompoc man was arrested on Saturday on suspicion of gun-related charges after he reportedly aimed a gun during a traffic incident in Solvang, a sheriff spokeswoman said.

The Santa Barbara County Sheriff’s deputies responded shortly after 7 p.m. to a report of street anger near Mission Drive and Alisal Road, according to spokeswoman Raquel Zick.

The suspect has been identified as 27-year-old Sean Tyler Dukes of Lompoc, who allegedly aimed a 9-millimeter pistol at the victim before escaping the scene in a silver Toyota Tacoma. Details of the first incident were not given.

Police responded to the area and located a vehicle that coincided with Dukes in the area of ​​Highway 246 and Purisima Road-millimeter pistol with extended magazine, Zick said.

In addition, the pistol’s serial number is said to have been removed.

Dukes was detained in the Santa Barbara County Jail on suspicion of gun assault and criminal threats, both of which are crimes, and three offenses, including carrying a loaded gun in public, owning an unsized gun, and owning a magazine with large capacity.

His bail was set at $ 50,000 and he has since been released from prison, according to Zick.