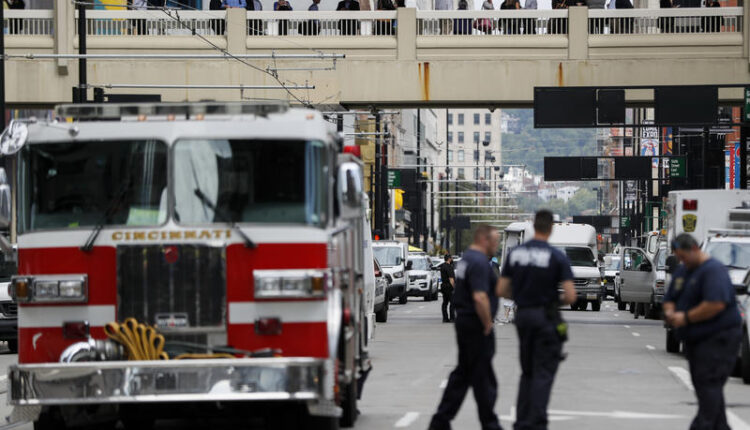 The Citizen Complaint Authority recommends changes to the Cincinnati Police’s policies regarding mental illness. A new report from the independent board of directors shows that the majority of the people recently shot by officials are likely to be in a mental crisis.

The CCA report covers all eight shootings that officials were involved in in 2018 and 2019. He recommends a new CPD policy requiring officials to look for a history of mental illness before executing a warrant.

Executive Director Gabe Davis says some sort of review should have been carried out before officers arrested 20-year-old James Clay in 2018. Two officers shot Clay after he pulled out a replica pistol.

“It could have taken some additional questions, some additional inquiries, but we think that should have been done,” said Davis. “And if such a system does not exist, we should create it to allow a better exchange of information about these risks before warrants are delivered.”

The CCA investigation found that the officers acted within the CPD policies and procedures and exempted them from wrongdoing. One officer used a taser in front of his weapon. Two officers fired a total of sixteen shots, hit Clay fifteen times, and injured one of the officers.

The weapon Clay pointed to officers was later determined to be a non-functional pellet pistol – a metal replica of a full-size semi-automatic pistol.

FOP President Dan Hils says he is grateful for the exonerations but frustrated with the inference that officials did not do their job to the full.

“To say we should have somehow found out everything about Mr. Clay’s mental health is kind of unreasonable when it is our duty to arrest someone who is a dangerous, violent criminal before falling victim to someone else,” said Hils.

Clay had arrest warrants related to a robbery in which a Boost Mobile employee was violently assaulted.

Janice Clay says her son’s history of mental illness should have been evident, in part because the warrant was executed at the Talbert House where he lived.

“I took my son to District 4 [and] I spoke to the police about his sanity, “said Clay.” As a parent I did everything I could to contact the police and it is just absolutely ridiculous when the police say they have no knowledge or anything. “

According to Davis, the recommendation is only the beginning of a conversation between the police, the CCA and the public about the issue.

The CCA report provides a detailed investigation into every firearm discharge in 2018 and 2019. The investigations exempted all officers from any wrongdoing.

“Six out of eight citizens – 75% – who were exposed to a gun discharge were armed with either a knife or a gun at the time of the shooting,” said Davis. “One of these eight people carried out a mass shooting incident as an active shooter.”

The CCA report commends four officers for their “bravery and courage” in stopping the active rifleman and says their actions have saved numerous lives.

In 2018 and 2019, two people were killed in police shootings and four sustained non-fatal injuries, including an officer hit by another. Two of the injuries were people who were accidentally hit by gunfire when officers fired at dogs.

Of the eight people shot at by the police, five were African American, one was Hispanic and two were Caucasian.

The report makes four other recommendations related to shooting by officials:

According to Davis, the shootings have decreased slightly over the past six years. The report does not include three gun discharges in 2020 as these CCA investigations are ongoing.

The full CCA report including recommendations can be found below: