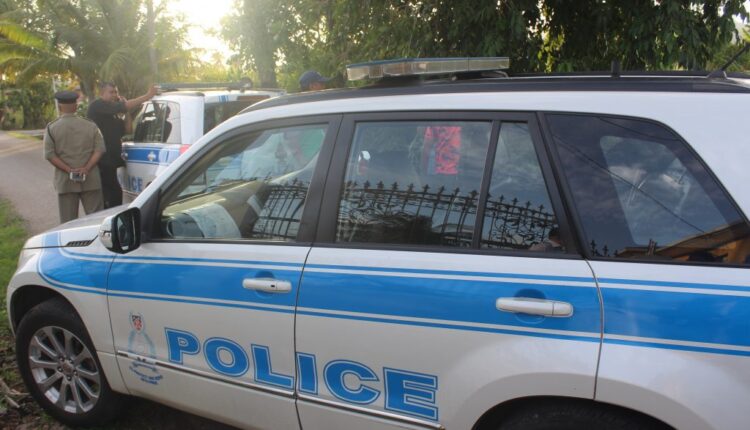 Police are still trying to find out the identity of a man known only as Leon, who was shot dead in Santa Rosa on Saturday.

They said they responded to a report of gunfire around 7:10 p.m. When they arrived they were told he was having his hair combed in a house in Demarara, Santa Rosa when two masked men entered and shot him several times before escaping.

The police found the man’s body in a room in the house.

He is of African descent, of medium height, six feet tall and has a dark complexion.

Police are investigating a human skull found by a caretaker on a property on Cumuto Main Road.

At around 10:30 a.m. on Saturday, a Petit Valley man tending two properties on Cumuto Main Road in Coryal informed police of the find.

Officers led by Supt Powder, Insp Beepot and officers from Cumuto Police Station visited the crime scene with DMO Lutchmedial, who confirmed the remains were human.

The area was worked on by crime scene investigators and the skull was removed.

Police said they found marijuana following a shooting in Valsayn, and officials in Laventille found two guns after pursuing a group of suspects.

In Valsayn, police officers were on a mobile patrol near NUGFW Circular, Valsayn when they saw five men standing in the back of a Hyundai Elantra car.

Police said they saw the men holding something in brown packaging.

The men went to a nearby house but were followed by the police and asked to surrender. The men ran away.

Two officers persecuted and another stayed behind.

The detained officer reportedly saw one of the suspects pulling a gun and pointing it in his direction. The policeman shot the suspect, who ran and jumped over a nearby wall.

The car and one other vehicle were searched and police found a total of 28 packages of marijuana weighing an estimated 15.88 kg.

In Laventille, police were on an anti-crime drill when they went to Mt Hope Road where they saw several men running off in different directions. One of them threw something into some bushes. The police checked the area and found an elongated Glock magazine with 16 rounds of 0.9 mm ammunition.

Police then went to Noriega Lane, Laventille Road, where they found a black plastic bag in a blue barrel containing a silver pistol and a magazine containing three rounds of 0.9mm ammunition.

A 22-year-old man from San Souci, Toco, was charged Saturday with possession of ammunition and violating the curfew.

The man has been identified as Tamaya Denoon from St John Estate, San Souci, Toco.

Police said officers from Matelot Police Station were on patrol at around 1:50 a.m. Saturday when they saw a man with a bag on his back walking down Pariah Main Road in San Souci.

He was arrested and charged.

He is expected to appear before a Sangre Grande judge on Monday.

In the midst of a historical scarcity, Joe Biden hypocritically blocks the importation of all Russian ammunition