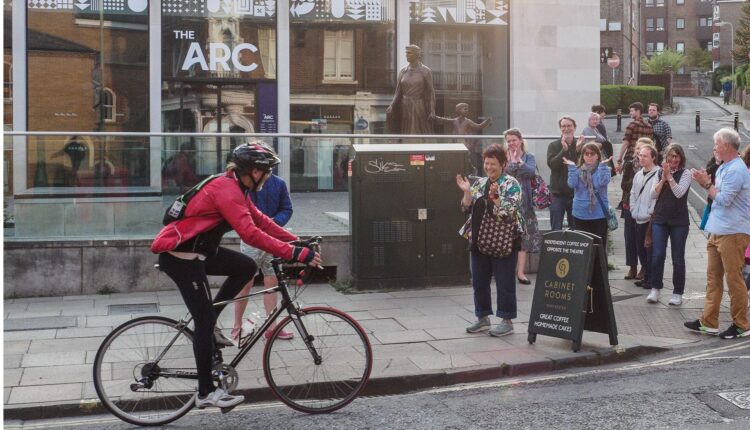 Saturday 23 April was once again internationally recognized as Shakespeare’s birthday and on that day, Blue Apple’s Artistic Director Richard Conlon completed a cycle run to bring a crown lent to him by the Royal Shakespeare Company’s theater from Stratford-upon-Avon, the birthplace of William Shakespeare, all the way to the Theater Royal at Winchester.

So it was that then that at 7am Richard stood outside The Royal Shakespeare Company in Stratford-upon-Avon with his racing bike, holding in one hand the golden crown, and to take this crown to Winchester by bike to the actor destined to play Macbeth in Blue Apple’s July production.

And so began a long day. 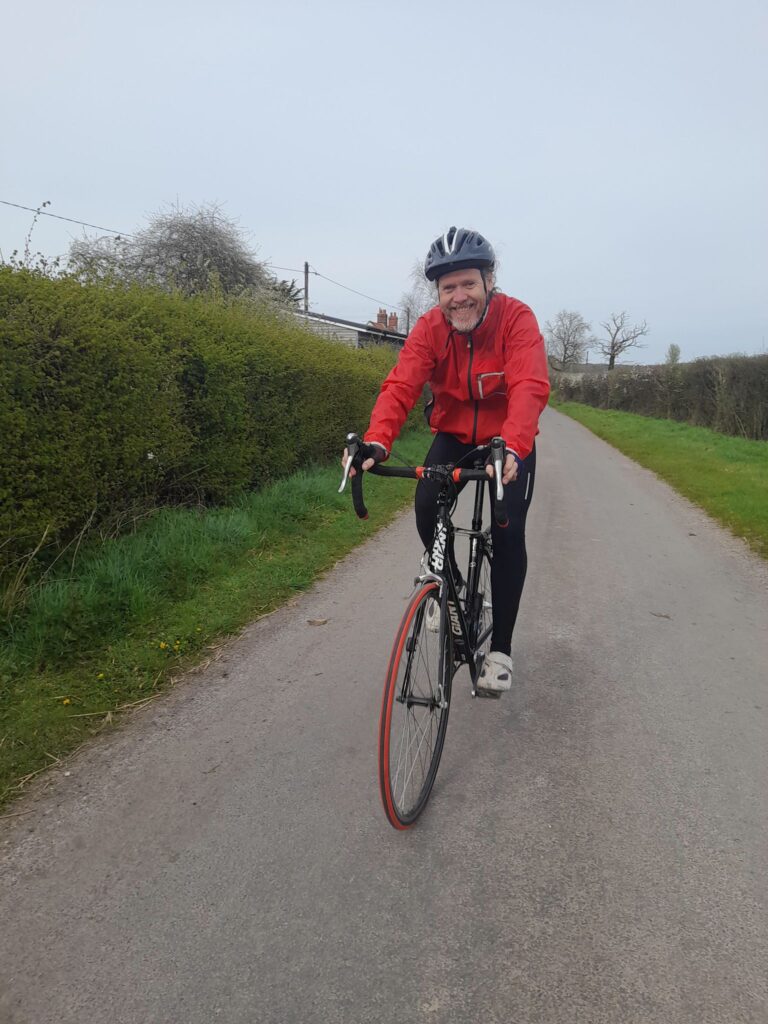 Richard Conlon training before the journey

At 57, such a long ride in one day was certainly a challenge for Richard and by 130 kilometers he was feeling the strain, reporting in: “We’re doing well but it’s tiring!” He kept going and arrived outside Theater Royal Winchester for the coronation just before 7pm.

Richard arriving outside Theater Royal Winchester to a receptive crowd

The actor wearing the crown is Lawrie Morris who has been performing with Blue Apple since 2009. Having previously played Lysander in Blue Apple’s performance of A Midsummer Night’s Dream, and, a few years later, Claudius in Hamlet, Lawrie is overjoyed to now have the chance to play his favorite Shakespeare character: “I have actually seen quite a lot of versions of Macbeth. I think the best thing about Macbeth is that it’s very moving, it’s a tragedy.”

Over the years Blue Apple productions have included Shakespeare’s A Midsummer Night’s Dream, Much Ado About Nothing, The Tempest and Hamlet.

The theater company strongly believe that creating inclusive theater is important in building bridges of understanding and respect between different community groups. 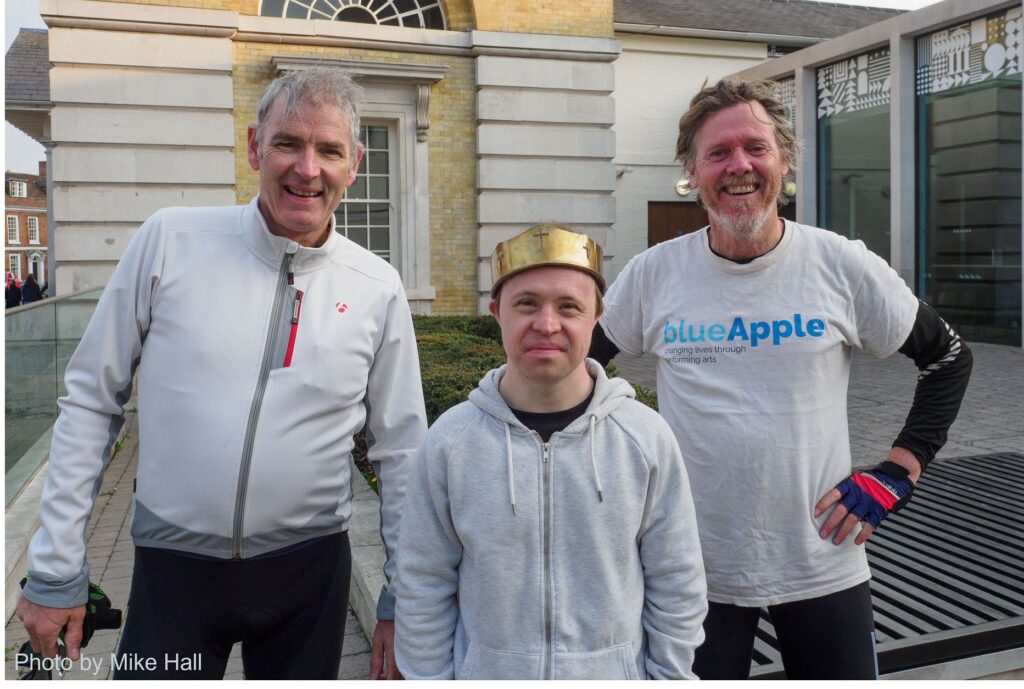 Richard, with his cycling teammate and Blue Apple actor Lawrie Morris after the coronation

The increase in confidence gained through stage performances has helped Blue Apple participants to improve their social, personal and artistic skills and achieve public recognition for their talents. 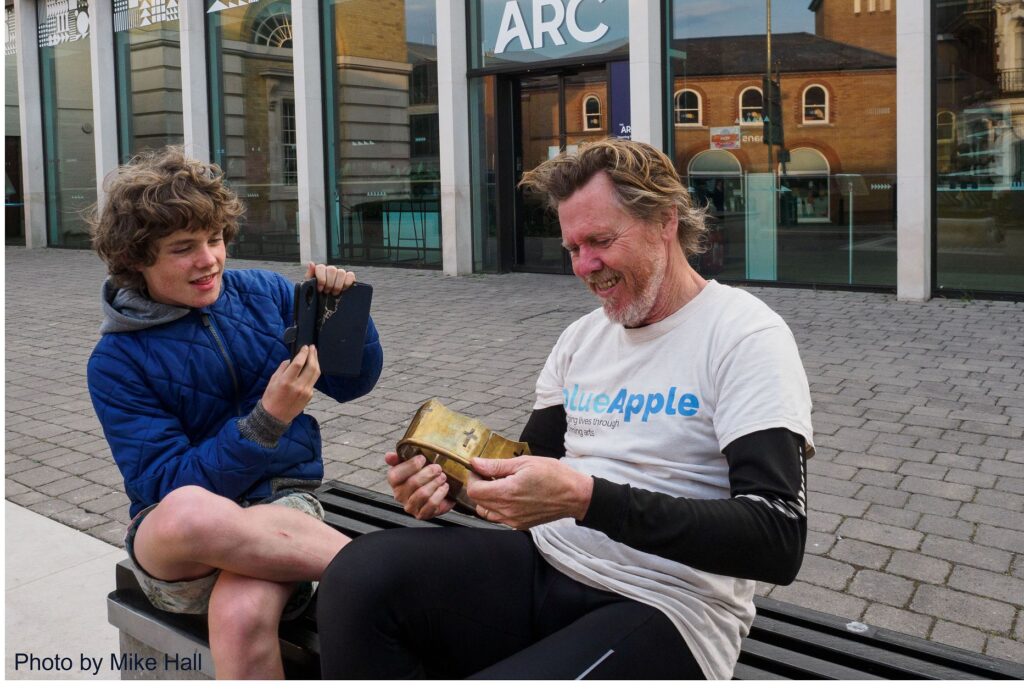 Richard’s cycle ride aimed to raise the funds needed to present Macbeth with the professional support of a creative team of set and lighting design, audio/visual artists, musician and costume designer.