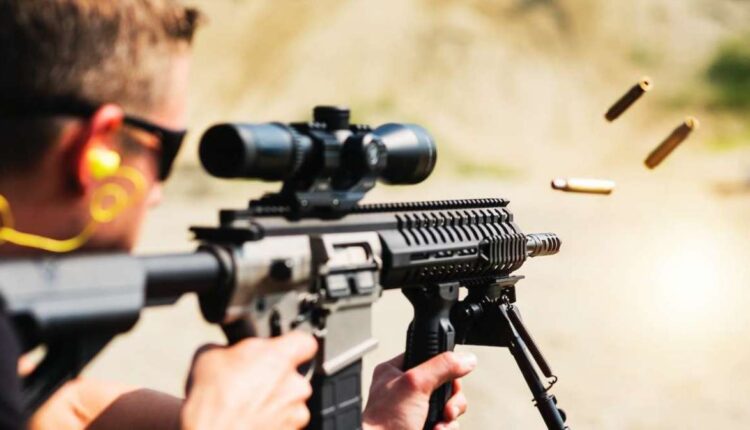 Demolition Ranch, a massive firearms YouTube channel created by Matt Carriker, has put various materials to the test over the years. Now Carriker has added a clay-like material to the list of bullet-strewn objects. He bought 150 pounds of Silly Putty and shot it several times to see if it was bulletproof.

Carriker began by placing 12 pounds of silly putty on the table in the shape of a “snail”. He showed that the material was rock hard when he hit it, but it would expand easily if he slowly pulled it apart. He explained that these differences raise questions about whether the material is bulletproof. Carriker then started with a small bore pistol and worked his way up to provide answers.

The tests continued with larger pieces of the clay-like material as well as larger calibers of weapons. Carriker tested a .357 Magnum Revolver, an FN 5.7 × 28mm cartridge from a pistol, and a 5.56mm cartridge from an AR15. None of these recordings went completely through the foot-wide section of Silly Putty, so he made further adjustments to the footage.

Carriker had some success shooting through the material with an AK-47, but this depended largely on the size of the silly putty and the distance from the round. Two went through an 8-inch section while another stayed in a longer piece. Of course, this video is part of the Demolition Ranch library, so the final test included a blue-tipped .50 BMG round.

Carriker, a veterinarian with his own clinic, has generated millions of subscribers through his various YouTube channels – Vet Ranch, Demolition Ranch and OffTheRanch – while simultaneously making different aspects of his life visible to the whole world. Demolition Ranch mainly focuses on shooting various materials with weapons.