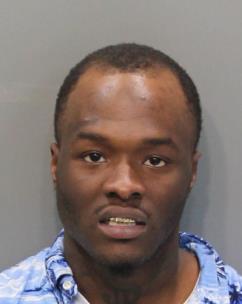 A Chattanooga man who was one of three men charged in connection with a July 4, 2016 shot Natasha Jones, 31, with serious injuries, was sentenced to 27 months in federal prison for gun violence.

Fuqua had been arrested by federal agents on charges of possession of a firearm when he was charged with a crime.

Dozens of people were arrested, including Fuqua.

A white Chevrolet SUV was pushed back into the driveway.

Warren Muir, one of the detainees, said it was his rent. There was a small backpack in the front passenger floorboard. Inside were documents with Fuqua’s name and a Glock 17 9mm pistol with an extended magazine that could hold up to 31 cartridges.

Fuqua said the gun was his and he bought it from “a white boy” two to three weeks earlier.

In the 2016 attempted murder, Fuqua was charged with attempted first degree murder and aggravated assault along with Antonio Watkins and Leuane Norris.

MS. Jones was in a car that was shot at around 2 a.m. was able to drive herself to the hospital even though she had so-called life-threatening injuries.

Fuqua will appear before Criminal Court Justice Barry Steelman on May 24th.