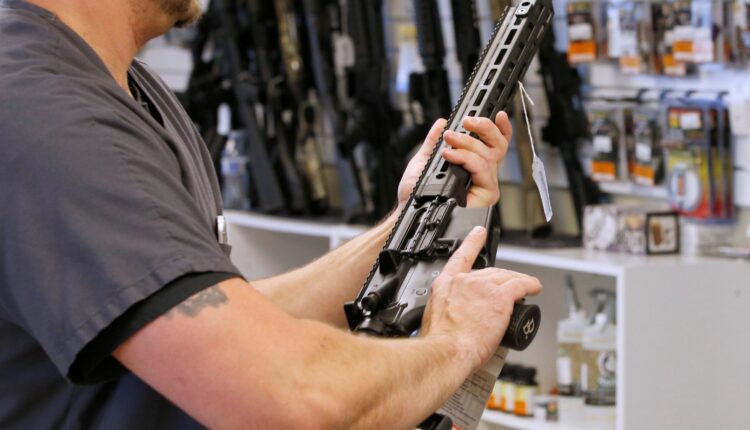 Do You Think You Know the AR15?

The AR-15 is often used as a scapegoat for gun violence. Some media reports have even suggested that the “assault rifle” is a weapon of war that has no place in the hands of the average civilian. It is often described as “almost identical” to what US war fighters wore on the battlefields of Vietnam, Iraq, and Afghanistan.

The backlash from these reports has grown so great that retailers like Dick’s Sporting Goods announced in 2018 that they would no longer sell AR weapons. And yet the typical media descriptions of the AR-15 rifle rightly fall into the misinformation category.

The “AR” in the name does not stand for “assault rifle”, but for ArmaLite Rifle, after the original manufacturer of the firearm. The confusion lies in the fact that ArmaLite sold the patent and designs to Colt Firearms, which produced the military version – the M16 – that was used in the Vietnam War.

However, Colt also produced the AR commercially. The company continued this even after these patents had expired in the late 1970s. Since 2004, when the original assault weapon ban expired, many manufacturers have produced similar models and launched an entire category of AR-style semi-automatic rifles.

While the design is cosmetically similar to today’s military assault rifles, there are some significant differences.

The weapons carried by soldiers are select fire, which means that they can be operated in both semi-automatic and fully automatic mode. The media also like to play there, simply referring to the weapon as “automatic”. A notorious 2004 presidential campaign by John Kerry even went so far as to suggest that modern sporting rifles – the gun industry’s preferred term for firearms like the AR – could function like a machine gun. However, the civil models cannot operate in fully automatic mode and, by law, function like other semi-automatic sporting firearms and can only fire one shot with each trigger.

The most common misinformation is that the AR-15 and similar firearms are also “powerful” weapons. This is technically inaccurate as the rifles are no stronger than other hunting rifles of the same caliber and in most cases are chambered in calibers that are less powerful than conventional big game cartridges such as the .30-06 Springfield and the .300 Win. Like.

What makes the AR platform popular with shooters is that the weapon is lighter, has less recoil, and yet is precise. Unfortunately, the weapon’s ominous design has convinced some lawmakers that the AR-15 is more dangerous than other sporting or hunting rifles. California, Connecticut, Maryland, Massachusetts, New Jersey, and New York have all restricted ownership of the AR-15.

President Joe Biden has repeatedly called for the gun to be banned, but the fact remains – with some twenty million copies sold to date – America just loves the AR-15.

Peter Suciu is a Michigan-based writer who has contributed to more than four dozen magazines, newspapers, and websites. He writes regularly on military small arms and is the author of several books on military headgear, including A Gallery of Military Headdress, which is available on Amazon.com.