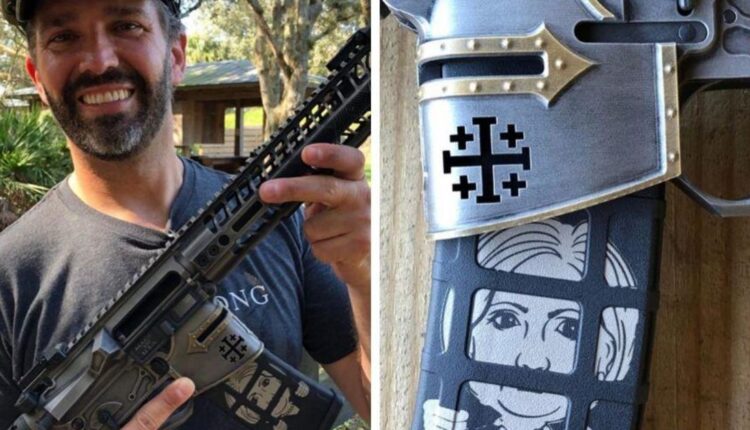 Donald Trump Jr. posted three photos of his AR-15 on Instagram on Sunday, apparently showing a representation of Hillary Clinton behind bars. In the pictures, President Trump’s eldest son is smiling while holding the assault rifle. The former foreign minister can be seen on the magazine of the weapon.

“Nice day at the shooting range,” he wrote. “@rarebreedfirearms and @spikes_tactical add a little more awesome to my AR and this magazine …” he wrote.

The picture apparently shows the 2016 Democratic candidate behind prison bars. “Lock her up” became a frequent rally for supporters of Donald Trump Jr.’s father during the 2016 and 2020 presidential elections. The AR-15 also shows a medieval knight helmet with a crusader cross over the magazine. “Made in the USA” and “Crusader” are also emblazoned on the rifle.

Christopher Brito is a social media producer and trending writer for CBS News, with a focus on sports and stories dealing with racial and cultural topics.