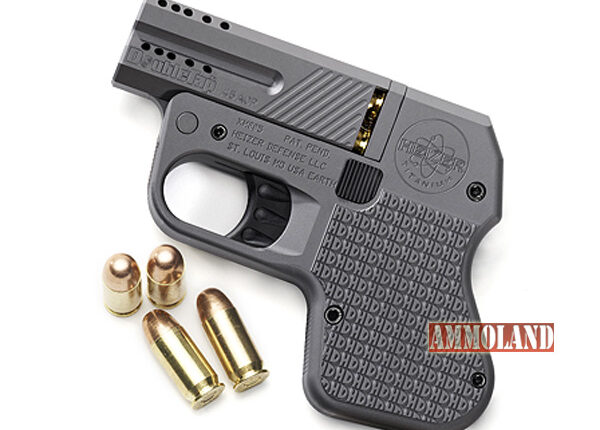 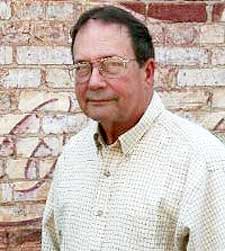 Central Georgia –– (Ammoland.com) – My first experience with the DoubleTap over / under Derringer was at the Shot Show about two years ago when a company at the time called Heizer Firearms introduced a small plate-sided pistol with a chamber for the .45 ACP and 9mm Luger.

They have been referred to in the company’s advertisements as “Aerospace Firearms,” ​​introducing modern design, technology and materials to create truly modern firearms.

The people who occupied the booth were quite proud that they had designed the gun in 30 days. I was interested because I owned derringer pistols, which were generally variations of the Remington Double Derringer design, including one for the .45 Long Colt.

What I liked about both pistols were their small sizes, ease of portability, and large-caliber cartridges. The DoubleTap was an improvement on the design as it was more compact in profile and eliminated the external hammer of the Remington design.

My first impressions of the DoubleTap sample guns were positive in terms of size and trigger force. The trigger had a very smooth, relatively soft pull on these pre-production weapons. Due to the narrow profile of the handles, I had concerns about how these light guns would handle chambers for the .45 ACP. I’ve known people who dislike the recoil of the .45 when firing full-size 1911 steel pistols, and I couldn’t imagine what those light weapons would feel like when fired.

I was interested enough to request one for testing as I thought I would be comparing this modern pistol to a new Davide Pedersoli reproduction of an original muzzle loading derringer.

Ultimately, the Pedersoli Derringer arrived and I worked a lot for it. What I found was that this replica pistol shot far from the target point and was lightly powdered; But if a man knew his gun and remembered aiming a foot below his intended point of impact and about six inches to the right, he could hit his target. Historical reports confirmed this general lack of accuracy well beyond the table range.

The DoubleTap offered the potential advantages of a cartridge pistol that could be reloaded quickly, did not require external primers, and had two shots in addition to the chamber for much stronger charges. I made a YouTube video, “Lincoln Derringer vs. Pizza Zombie,” which can be viewed on YouTube: http://youtu.be/YiIeURpyi34.

Legal and production law problems delayed the production of the DoubleTap by about two years. Meanwhile the Pedersoli Derringer had been shot and brought back. Initial tests by other authors confirmed my expectation that the double tap in .45 ACP was almost impossible to shoot. My original concept of requesting the gun was to reload the .45 with charges reminiscent of the large-caliber projectiles loaded in 19th century Bull Dog pistols. When my test gun arrived, I recovered some cases from a shooting range and reloaded them with .454 round bullets and about 200 cast lead bullets. These charges were successful in that the round and ball charges shot into the same general group as factory ammunition, with less recoil and less cost. In a nutshell, here were charges that a person could practice with without causing physical pain, even though you certainly knew you had shot something with the throwing ball charge.

You can find my video “Taming the DoubleTap Defense” at: http://youtu.be/qzCr1-qDBP4.

As a young military officer stationed near Alexandra, Virginia in the late 1960s, I bought and shot most of the 9mm pistols in the world, one at a time. These included Mauser with a broom handle, Lugers, Radoms, Browning Hi-Powers, Lahtis, and others. I would shoot one for a while, trade it and get another. What these guns lacked during the daytime was the availability of anything other than full metal jacketed bullets. I was interested in hunting with them and eventually got to the .38 Super but was still hampered by the lack of decent bullets. I reloaded with hand tools for the Super and used Remington’s 125-grain jacketed bullets. When I received the DoubleTap it also came with a 9mm barrel and I had an almost full box of 9mm bullets that I was keeping. One problem with reloading my Lyman Tong tool the .45 was that I couldn’t completely change the brass cases. However, I also had an old Herter transfer press from the 1960s and ordered a new set of Lee transfer jaws made of carbide for 9 mm (http://goo.gl/ZDuL3G). I found a box of Winchester 9mm target charges in a gun shop that gave me factory bullets for testing and empty cases for reloading. These target charges are still pretty sturdy so they can work in a wide variety of 9mm semi-automatic pistols. With the Fixed Breeche Double Tap, any charge strong enough to knock the ball out of the barrel would work.

Firing 15 rounds at tree stumps revealed that the 9mm barrels shot vertically and also to the left to different points of impact. The 9mm factory bullets were uncomfortable to shoot, but nowhere near as bad as the .45 factory charges. Starting this year, the DoubleTap is also available with a rubber grip to reduce felt recoil on the hand. Although I didn’t use it on my first firing with the gun, I did use it on later bench tests. This assault dampens the recoil of the pistol, but my hand was still a little stiff for the next few days. I had my first failures shooting these factory ammunition. The primers were slightly depressed and fired when hit a second time.

Although my use of round bullets in the .45 ACP was a success, loading .350 round bullets in the 9mm cases with 9 grains of FFFg black powder resulted in very poor accuracy. Unfortunately, the first round ball shot destroyed my chronograph, which ended any possibility of getting speed and energy numbers for subsequent shots. My reloads of the Remington 9mm rounds and 8 grains of FFFb black powder were much more successful, and these clustered about 4 inches above the point of impact of the Winchester factory charges. I can’t tell what the speeds were, but when the factory loads were running at 1000 fps I suspect my reloads were around 800.

There was a marked difference in the felt recoil between the two charges. I also loaded 3 grains of 700X, a clean burning flake powder used primarily in shotguns and to a lesser extent in pistol bullets. This smokeless charge roughly doubled the gunpowder charge, but was cleaner burning and did not require the soapy water cleaning of gun and brass cases that gunpowder requires. The number of misfires increased as the test progressed.

Thinking that part of this problem might be that debris in the barrels was preventing the cases from being fully supported while shooting, I washed and cleaned the barrel. This seemed to help. When I was cleaning the gun later, I found that a firing pin was jammed in the frame. I tried to get rid of it with alcohol but it didn’t work. Residues from shooting the black powder cartridges may have gotten into the firing pin channel and stuck the bolt. I mention in the video that the mainspring may have been too weak, but increasing the spring pressure is not an option on this weapon, as it would be almost impossible to manipulate an already strong trigger. Due to the double-action-only design of the weapon, the trigger must fully compress the hammer spring with each shot. I found that I had to grab with two hands and drag two fingers over each other to operate the mechanism. That was something I didn’t have to do with any gun I owned. To see the “Shooting and Reloading for the 9 mm DoubleTap Defense” video, go to: http://youtu.be/KshNUxt3h0g.

Since this weapon cannot be disassembled by the owner, the firing pin was not accessible for replacement or cleaning. From my point of view, this is a serious shortcoming for every self-defense pistol, since ultimately all mechanical things fail. The best I could do was try to use alcohol to loosen the stuck pen, but that didn’t work.

This weapon has all of the problems of firearms designed by people who are primarily engineers and only shooters because they saw a potential economic opportunity. The first requirement for any self-defense weapon is that it must work with imperfect ammunition even under less than optimal conditions. It must be easy to use under stressful conditions. It must also be repairable on site. Appearance, materials, shape, weight, size and expensive materials are secondary to functionality and reparability.

The gun retail price ($ 500 and up, depending on your choice of aluminum or titanium frame and options) reflects the high cost of construction, production, and materials; but there are a number of less expensive double derringers that are less costly, more reliable, and repairable. 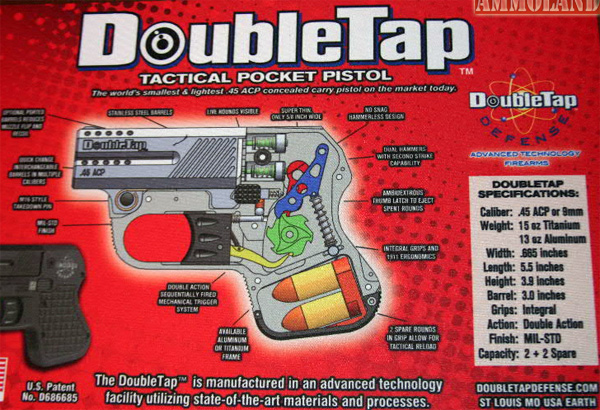 DoubleTap’s design is shown on the pistol carpet. The trigger is connected to the hammer spring and must compress it completely before the weapon fires.

The value of this suite of tests was to show that users who may depend on their self-defense weapons to save their lives need to know their weapons and shoot enough to make their use second nature. One design aspect of the DoubleTap is that the trigger must be completely released between shots or the second barrel cannot be fired. Another design factor is that both the .45 and 9mm barrels shot to different target points vertically and also a few inches to the left at 10 yards.

When you have to shoot someone who falls at you, 10 yards does seem very close indeed and you need to know where to aim for the maximum chance of getting an incapacitated hit.

You don’t even want to be distracted for a moment because your hand hurts like hell after firing the gun.

About William Hovey Smith: As a professional geologist and outdoor writer, Hovey has had the opportunity to live and hunt in most of North America. Always interested in outdoor writing, he sold his first articles in the 1970s and has written newspapers, magazines, and books ever since. Hovey has done beat reporting for regional newspapers, published in more than 80 different publications, and produced 15 books, most recently both screenplays and plays. Visit: www.hoveysmith.com

Man arrested and threatened for wielding a gun