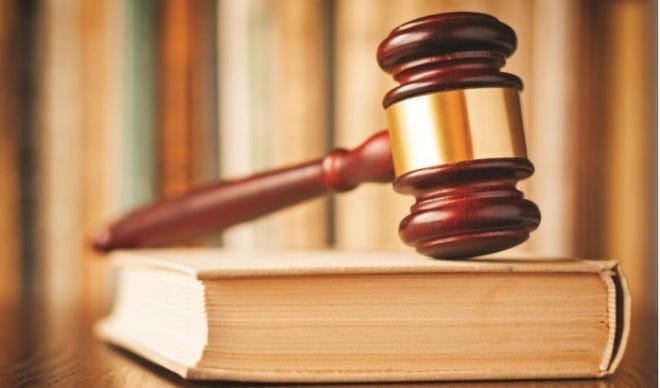 A Greater Columbus man and two out-of-state men who espoused neo-Nazi beliefs pleaded guilty Wednesday in federal court in Columbus to plotting domestic terrorism attacks on power grids throughout the US in an effort to sow unrest and economic instability.

Christopher B. Cook, 20, who records indicate is a resident of the portion of Dublin, Ohio, in Union County, was part of a group motivated by a white supremacist ideology who began concocting the domestic terrorism plan in fall 2019, according to prosecutors with the US Attorney’s Office for the Southern District of Ohio. Also charged were Jonathan A. Frost, 24, who resided in Katy, Texas and West Lafayette, Indiana; and Jackson M. Sawall, 22, of Oshkosh, Wisconsin.

The three men face a maximum sentence of 15 years in federal prison after pleading guilty to one count each of conspiring to provide material support to terrorists, the US Attorney’s office in Columbus announced in a prepared release Wednesday afternoon. No date has been set yet for the sentencing hearing.

Cook, Frost and Sawall had waived their rights to have a grand jury consider the case and instead were charged on Feb. 7 in what’s known as a bill of information, prosecutors said.

“Three individuals engaged in a disturbing plot to attack our country’s energy infrastructure, damage the economy, and stoke division in our society, all in the name of white supremacy,” Assistant US Attorney General Matthew G. Olsen, who heads the US Department of Justice’s National Security Division and is the former director of the National Counterterrorism Center, said in a written statement.

“The Justice Department will continue to investigate and disrupt such violent plots, and to hold perpetrators accountable in a courtroom, where the rule of law and the Constitution prevail.”

No one answered the door at Cook’s listed address when The Dispatch visited Wednesday night.

According to court documents, Frost met Cook in an online chat group in 2019 and shared with him the idea of ​​attacking a power grid.

Within weeks, the two began recruiting others to join in their plan, prosecutors said. As Frost handled the logistics of the attack, Cook became primarily responsible for recruiting others to their cause, a process in which Cook asked literary questions and circulated a book list of readings that promoted the ideology of white supremacy and neo-Nazism, according to court documents.

By late 2019, Sawall — a friend of Cook’s — joined the conspiracy and assisted Cook with online recruitment efforts, operational security and organization, documents state.

As the plot came together, each of the men was assigned a substation or power grid in a different region of the country that they planned to attack with powerful rifles they thought capable of penetrating transformers with the intent of knocking out electricity to wide areas. Prosecutors allege that the three had conversations about how such an attack could cause the power to be out for months, leading to a domestic war — possibly even a race war — and inducing another Great Depression.

Amid the chaos, the three men believed that white leaders would rise to power, court documents indicate.

In January 2020, Cook and Frost discussed online the possibility of creating an explosive device to use in the plan as a distraction that would delay law enforcement’s response to the attack. The FBI’s investigation revealed that Frost purchased material that could be used to build an explosive device and had begun testing devices for the plan, according to court records.

In February 2020, the men met at a hotel in Columbus to further their preparations. It was in Columbus where prosecutors say Frost sold Cook an AR-47 for “several hundred dollars” with no serial number — known as a “ghost gun” due to the difficulty for law enforcement to trace it — that the two took to a shooting range to train, court documents state.

The men were apparently prepared to die for their beliefs, according to court records. While in Columbus, Frost provided Cook and Sawall with so-called “suicide necklaces” filled with fentanyl that they were directed to ingest should law enforcement thwart their efforts.

Prosecutors said in court documents that while in Columbus, Sawall and Cook also purchased spray paint and painted a swastika flag under a bridge at a park with the recruitment message, “Join the Front.” The graffiti was the first step in an apparent propaganda campaign that included plans to hang posters and record or photograph the group defacing a mosque, court documents state.

That campaign was ultimately derailed during a traffic stop in which Sawall swallowed his suicide pill, but survived, prosecutors said.

Undeterred by Sawall’s drastic actions, Cook and Frost traveled together to Texas in March 2020, where Cook stayed in different cities with various juveniles he was attempting to recruit for their plot, court records state.

Frost and Cook were again stopped by law enforcement in Texas, which led to the discovery of a small amount of fentanyl that had been left over from the necklaces as well as multiple electronic devices and burner phones, court records state. The two eventually decided to split up, and Cook made his way to Jasper, Texas, to stay in the home of a juvenile recruit.

The FBI searched the residences of the three men in August 2020, uncovering a cache of weapons, neo-Nazi literature and instructions for attacking energy infrastructure. In Frost’s residence, FBI agents reported seizing chemicals and components that lab testing later revealed could be used to create an explosive device, court records state.

“Those inspired to commit terrorist acts in the name of hate pose a serious threat to our nation,” FBI Cincinnati Special Agent in Charge J. William Rivers said in a written statement. “I am thankful for the Joint Terrorism Task Force and our law enforcement partners who work each day to prevent this type of violence from occurring in our communities.”

As part of the plea agreements, the three men agreed to voluntarily surrender a balaclava, two grenade shells, more than 150 rounds of various types of ammunition, two 9mm handguns, an AR pistol, two silencers, a rifle with no serial number on it , a disassembled AR15 kit with no serial number, multiple suppressers and various firearm parts.

The men also surrendered multiple computer hard drives and items that could be used to make explosive devices, including a portable burner, PVC piping, magnesium strips, batteries and a mortar and pestle.

Cook’s plea agreement includes a recommendation for a 30-year period of supervised release following his release from prison, which would include barring him from using any online encrypted communications platforms, having a keystroke log installed on his computer and obtaining approval before getting any new electronic devices.

Eric Lagatta is a reporter at the Columbus Dispatch covering public safety, breaking news and social justice issues. Reach him at [email protected] Follow him on Twitter @EricLagatta

One California University Has Unified Town and Gown to Fight Covid. Why Haven’t Others?