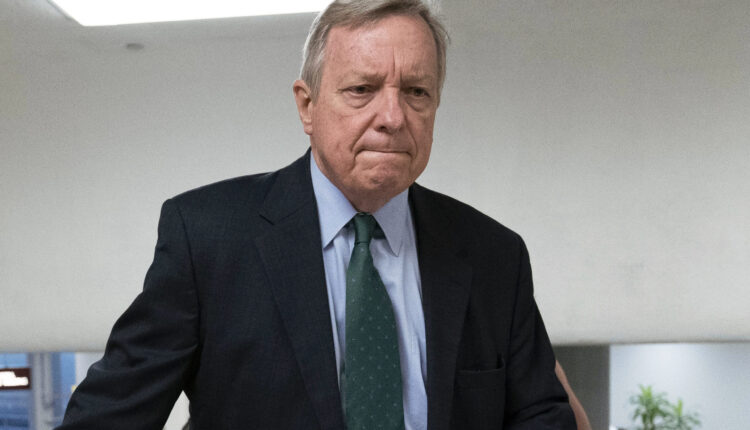 When the eleven GOP senators sitting on the Senate Judiciary Committee called for another hearing last week on President Biden’s nomination of gun control lobbyist David Chipman to head the statewide firearms regulator, they couldn’t wait to get what they wanted. Not after lawsuits were filed and former ATF agents confirmed allegations that Chipman made racist comments about other agency employees and was the target of two EEOC complaints.

It would be a shame if these EEOC complaints had somehow leaked to the press.

Yesterday, Illinois Senator Dick Durbin, chairman of the Judiciary Committee, closed the idea of ​​another hearing with extreme bias. He responded with a letter (PDF) to the GOP committee members describing attempts to uncover the details of Chipman’s troubled ATF employment history as part of “malicious, unfounded attacks against a highly qualified candidate.”

Now comes the latest volley – a claim made public by an anti-gun security website, allegedly based on reports by two anonymous people that Mr Chipman made racially discriminatory comments while serving at ATF.

Senator Dick referred to Stephen Gutowski’s article confirming the allegations on The Reload. Durbin couldn’t even bring himself to type the words “gun control”. After all, this term is no longer included in the official lexicon of civil disarmament, hence the ridiculously cumbersome nickname “anti-weapon security”.

Anyway, you can understand why the senior Illinois senator is so outraged by all of this. After all, he’s an old hand in the confirmatory sabotage game and was one of the Senate Democrats who called on President Trump to pull Brett Kavanaugh’s nomination to the Supreme Court based on, well, whatever. He doesn’t like Republicans using the Democrats’ own playbook against his party’s candidates.

So there is no way he is going to allow a second hearing of Chipman, someone who has made millions advocating restrictions on the rights of the second amendment. Another hearing would get much more media attention, could be beyond the control of the Democrats, and could finally put an end to the ridiculous nomination of the worst candidate for the ATF in the agency’s dirty history.

When Senator Dick finished his letter. . .

The committee will not hold a second hearing on Mr. Chipman’s nomination based on unsubstantiated allegations from anonymous sources posted in places with an obvious agenda. ATF needs a Senate-approved leader, and Mr. Chipman is well qualified and has been extensively vetted for the role. It deserves to be validated. And I sincerely hope the Committee Republicans will stop accepting anonymously procured efforts to slander Mr. Chipman.

We love the smell of desperation in the morning.

A cheap rimfire rifle from Philippines