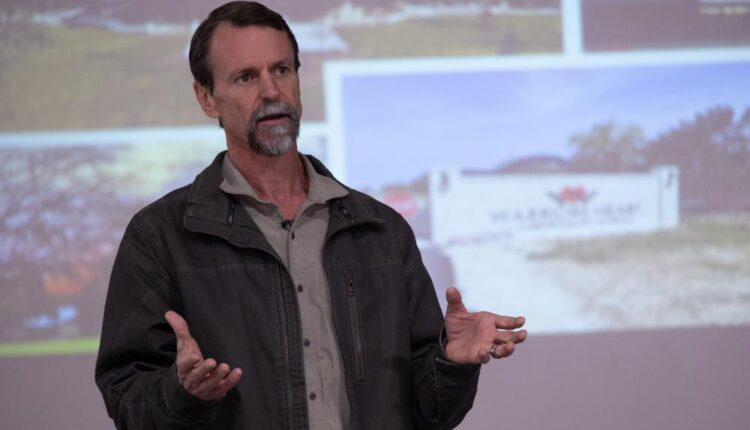 The event was hosted by Trojan Legacy – a 10th SFG (A) program promoting resilience, recovery and respect within the unit – to educate what undiagnosed PTSD and TBI can look like and bring affected soldiers to medical treatment.

“I almost killed myself,” said Tom Spooner, Warriors Heart co-founder and retired Delta Force operator. “‘How do I get this sound to stop?” I got lost all the time; I didn’t know where I was when I was driving down the street. I just kept going … I had a damage in the decision making part of my brain that I didn’t know about. “

In 2006, Spooner witnessed his third mass accident occurrence and suffered a traumatic brain injury from an exploded mortar shell while on duty, ultimately leading to an incident where he used the Military Decision Making Process (MDMP) to plot his suicide.

“What’s going to stop this sound?” He continued. “I started going through MDMP to use my Glock and put a bullet in my brain to stop the sound as a valid course of action. I made restrictions, restrictions, different approaches, second- and third-order effects. “

During Spooner’s 21 year service, he volunteered for Airborne Service, the Special Forces, and the Delta Force.

Even so, Spooner had a buddy to whom he confided in what was going on in his head as he deviated from course.

Spooner eventually sought treatment and received cognitive, psychological, and vestibular therapy combined with medication. Through medical tests, Spooner found that he was working at a processing speed of 50 percent and had a verbal memory of 50 percent.

“How can I honor the boys who sacrificed their lives,” he said. “Destroying my family and my military career dishonors them.”
In addition to a strong sense of honor, Spooner has a strong regret that actually prompted him to volunteer for the Delta Force assessment and selection after serving with the 7th Special Forces Group (Airborne) for six years.

“There are things in life that are worse than death and that is unfortunate,” he said. “Not having these tough conversations with people who are important to me. I could have said something, but I didn’t because I thought it would disrupt my relationship. I don’t know if it would have changed circumstances … but it’s one of my greatest regrets in life. “

Spooner’s own experiences served as a mirror of how TBI and PTSD can manifest.

“If you have a buddy and see the same things, you can speak to them and refer them for treatment,” said Sgt. Maj. Doug Lane, 10th SFG (A) Trojan Legacy Senior Recruited Advisor. “We want to build this peer-to-peer network and have open discussions with our friends to make sure that we direct them to the right resources when these problems arise.”

This work, 10. SFG (A) invites Warriors Heart to discuss matters that are close to an Operator’s chest, through SSG Anthony Bryant, identified by Divids, must adhere to the restrictions specified on https://www.dvidshub.net/about/copyright.

KHN’s ‘What the Health?’: Contagion Confusion