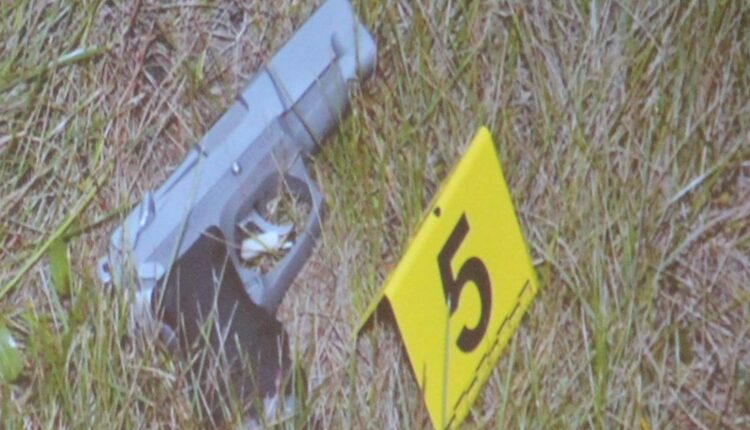 WATERLOO – Police found an empty pistol next to the body of Dayton Sanders after he collapsed in a central reservation after a drug robbery and shooting incident, authorities said.

No one was charged with Sanders’ death, but the trial of 28-year-old Daijon Jarell Stokes continued Thursday. owed him.

Police are investigating a shooting that broke out near a grocery store on Washington Street / Highway 218 in Waterloo in August.

Prosecutors said Stokes enlisted Sanders and 17-year-old Alvonni Stone to stop Smith when he arrived at the Kwik Stop parking lot on West Ninth and Washington Street / US Highway 218 on Aug. 24.

Witnesses said the robbers started beating Smith while he was sitting in his red Ford Fusion.

Sanders shot off Highway 218 and landed on median, and all survivors, according to witness statements, took off before police arrived.

Officials responding to the scene said Sanders sustained a single through and through gunshot wound. Investigators said they never recovered the bullet that killed him.

WATERLOO – Police are investigating a fatal shootout that broke out near a supermarket in Waterloo when heavy storms ravaged the area on Tuesday afternoon. August 24, 2021

Waterloo police said they found a .45 Ruger pistol next to Sander’s body. The blood-splattered gun had an empty chamber and an empty magazine in it. Sanders also carried a holster that held a loaded 9mm magazine for an SCCY pistol, but not the pistol.

Officers did not find any used .45-caliber cartridge cases at the scene, but they did find three 9mm cases – one near the store’s former petrol pumps and two more next to the blue Dodge Journey getaway vehicle that had previously driven in the Kwik Stop Leave the driveway. Two of the 9mm cartridges were fired from the same weapon, Sgt. Kerry Devine testified.

Officer Andrew Tindall told jurors he later found the merger parked behind apartments at 1153 Langley Road. There was a casing near the windshield wipers and a dent in the hood from a ricochet, the officer said.

Meanwhile at the grocery store, the Journey brought an empty plastic box for a Glock pistol, but not the pistol. There was also an inhaler and an LG cell phone.