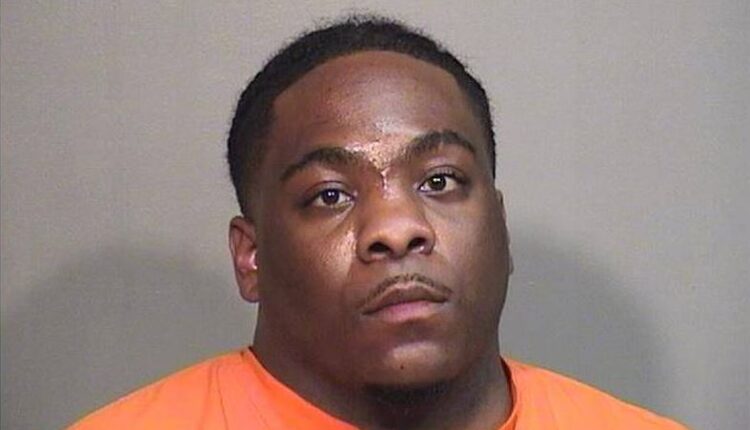 A 23-year-old man who is a convicted criminal was arrested Saturday after crashing his car twice and then accidentally firing a gun in Lake in the Hills, police said.

A criminal complaint filed in McHenry County court alleged that Brown-Utley owned a loaded 9mm pistol near Viewpoint Drive and Mesa Drive in Lake in the Hills on Saturday.

Officers also found Brown-Utley in possession of thirteen 9mm shells for the weapon.

Lake in the Hills Police Department spokeswoman Ashley Eccles said officers received 911 calls at around 3:43 a.m. Saturday for shots fired in the 900 block of Mesa Drive.

The officers arrived minutes later and found a vehicle that matched the description given by the 911 callers.

The officers pulled the vehicle and took Brown-Utley into custody without incident.

They found the man had been involved in two accidents that resulted in damage to property, particularly trees and bushes.

It’s unclear why Brown-Utley fired the shot. He was taken to McHenry County Jail, where he still has a $ 75,000 bond.

In addition to his charges, he was also issued several traffic citations for the crash.

A judge will set a tentative date for the hearing and hold a hearing on the bond on Wednesday, court records show.