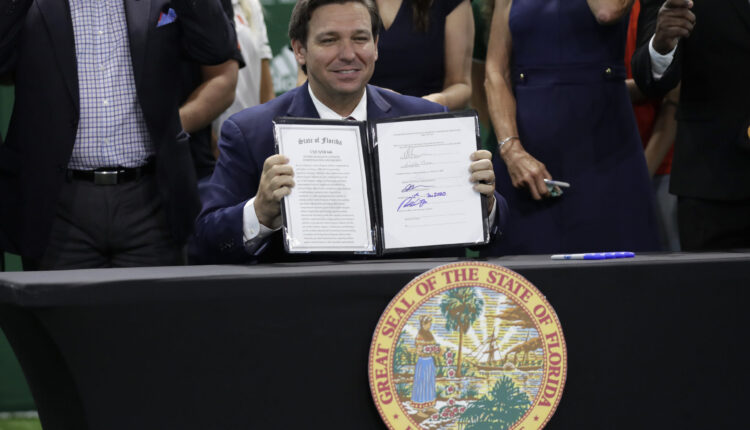 Governor Ron DeSantis enacted HB 259, Florida’s Church Carry Bill. This means that religious institutions in the Sunshine State are no longer automatically designated as gun-free zones when they offer daycare, run a parish school, or rent / lease rooms from a school to hold church services.

Religious institutions are now free to decide whether they want to allow parishioners to carry concealed firearms if they so wish.

At Gun Owners of America, we felt that Florida lawmakers could have done a lot more than was offered in the final bill. While we supported this law and campaigned for it to be passed, the legislature has been a disappointment to Florida’s gun owners. There were solid pro-gun laws like Constitutional Carry (HB 123), and they didn’t move that law forward.

Florida has 102 Republicans who have a super majority in the legislature, but the state is currently in a bad position when it comes to promoting gun rights.

Unfortunately, it took over sixty days for the legislature to send a bill as sensible as HB 259 to the governor’s desk. And even that took years to finally get through the legislature.

In contrast, Texas enforced the Constitutional Treaty and a legitimate Second Amendment Bill through its legislature and brought them to its governor’s desk in the session that was just over. The Lone Star State even passed a law stating that Texas-made mufflers are outside the scope of the ATF and National Firearms Act.

Florida has more Republican MPs per capita than Texas. One would expect more from our legislature. But Florida Republican lawmakers were unable to get their first committee hearing constitutionally passed, let alone put the bill before the entire House or Senate.

MP Anthony Sabatini said he would reintroduce the constitution in the upcoming legislature. Florida’s gun owners must speak out loud and loud about their desire to improve the state’s gun laws. The screeching wheel is oiled. So far we’ve been squeaking but getting very little fat.

I take the law of the church as it is … a small but important victory. But much of the fight to defend and extend gun rights in what was once known as The Gunshine State still lies ahead.

Luis Valdes is the Florida director for Gun owners of America.