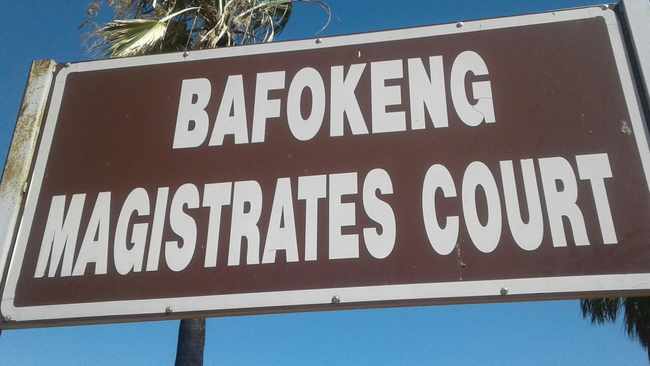 Four men were arrested in Tlhabane near Rustenburg.

“It is alleged that a follow-up to the Tuesday 28th

“During the inspection, it was found that the VIN license plate was shifted. Further investigations by the VCIU [Vehicle Crime Investigation Unit], announced that the vehicle was hijacked in Yeoville, Gauteng, in August 2021, “said spokeswoman Colonel Adele Myburgh.

Elvis Moremi Mogoe, 47, was arrested Thursday for possession of an allegedly stolen vehicle, she said. He appeared in Tlhabane’s Bafokeng District Court on Friday and was held in custody until October 8th.

On Wednesday, the team went back to Mmupudu Street and searched a vehicle. During the search, ammunition and a signal jammer were found and confiscated.

Tshepo Andrew Mpudi (30) was arrested and appeared in the Rustenburg District Court on Friday for unauthorized possession of ammunition and possession of a signal jammer. He was released and warned to appear again in the same court on October 5.

Myburgh said the team went to an address on Motsatsi Street in Tlhabane on Thursday and conducted a search of a hut that found a 9mm Browning pistol with two rounds of ammunition and a CZ Lugar, 9mm pistol with nine rounds.

“When she appeared before the Bafokeng District Court in Tlhabane, everyone was in custody until today (Monday). The defendants include Elvis Moremi Mogoe, who was arrested on Mmupudu Street for possession of an allegedly stolen vehicle, “she said.

Colonel Myburgh said the arrests were carried out by the District Trio Task Team, which worked with the Rustenburg Public Order Police and the Vehicle Crime Investigation Unit.