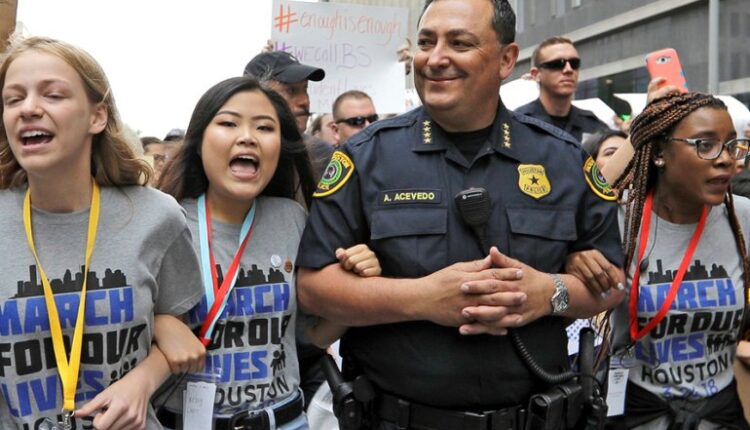 Barely six months after his last job as the Miami police chief, the rabid anti-gun media eater Art Acevedo is looking for another appearance. His impending resignation is the latest in a series of scandals that have haunted him throughout his career.

#BREAKING Former Houston Police Chief Art Acevedo – now Miami chief – was suspended from his new job Monday night and is being fired, according to a statement from Miami City Manager Art Noriega. https://t.co/WCbkfXGWJC

WSVN has the breakage report:

Art Noriega, a manager for the city of Miami, said he had suspended the contested police chief Art Acevedo “with the intention of terminating his employment.”

Noriega made the statement on his decision on Monday evening.

“Employer-employee relationships depend on fit and leadership style, and unfortunately Chief Acevedo doesn’t fit that organization,” Noriega wrote in his statement.

While Noriega’s testimony was worded in polite diplomacy, one of the town’s commissioners was more accommodating. Also from WSVN:

On Monday evening, City Commissioner Alex Diaz de la Portilla issued a statement on the matter, stating: “The natural result of an arrogant and dishonest police chief was his dismissal. His bad deeds speak for themselves. Our city, our police officers and our residents will be better off as a result. “

People with guns will remember Acevedo for its relentless assaults on the right of the average person to own and carry weapons for self-defense. Instead of blaming violent criminals for crimes, he likes to blame the tools they use … and of course the National Rifle Association.

The controversy has swept Acevedo from California to Austin, Houston to Miami. Wikipedia has a list of the numerous scandals involving the soon-to-be ex-boss, including those for which he was disciplined. Where will that hyper-politicized aspiring gun-grabber end up next?