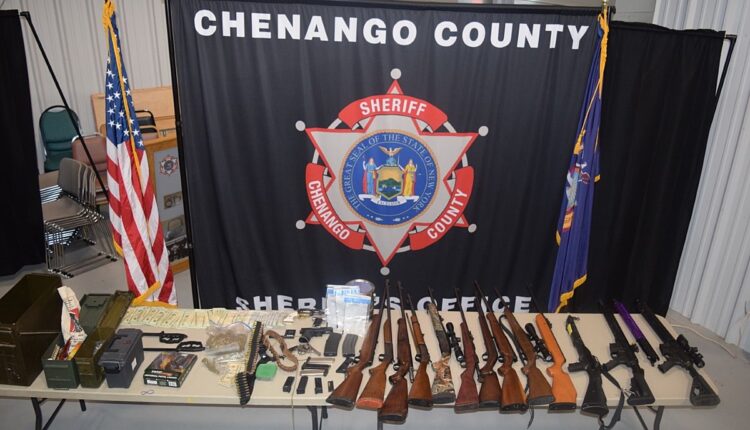 Chenango County Sheriff officials say, with the help of the Broome-Chenango-Endicott SWAT team, authorities caught a local German man trying to flush methamphetamine in the toilet and confiscated several illegal weapons and ammunition.

Jonas Whaley, 36, faces numerous crime charges and has been home-accused of narcotics trafficking since February 2021.

Sheriff officials say that after a lengthy narcotics investigation on Jan.

MPs say they found Whaley trying to flush meth into his toilet. Four ounces of the drug were found in the bathroom and around the apartment.

Police officers also found 13 long guns, including two AR15 assault rifles with 30-round magazines and four pistols. Authorities say several of the guns were loaded with rounds in the chamber. Two of the firearms were so-called “ghost rifles”, which lack serial numbers and cannot otherwise be found. Hundreds of rounds of ammunition were confiscated along with $ 3,600 in cash.