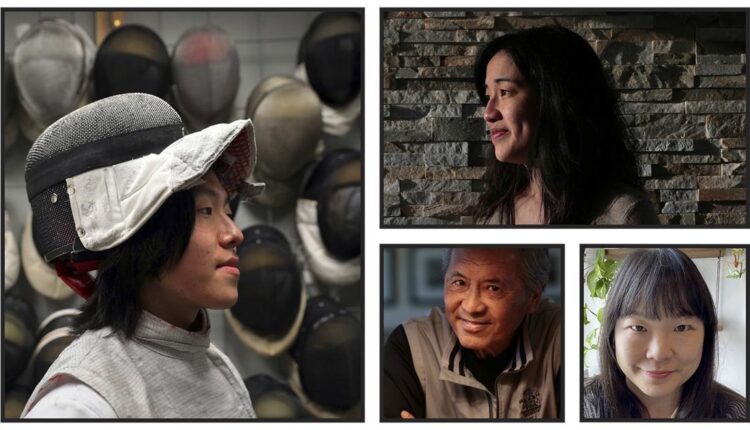 The teacher intervened and told the student that this was not okay.

Another friend confided that her second grader saw one of the videos of an older Asian woman being beaten. She came to her mother, scared, and said, “What if someone tries to kill you?” She asked her mother to let her lighten her black hair.

Even before the mass shootings in Atlanta, which killed eight people, including six women of Asian descent, hate crimes and assaults against those who appear East Asian had increased.

“These things make people cumulatively anxious and anxious,” said Liu. Yet there is a fear of reporting such incidents, provoking backlash or alienating those who perceive criticism of racist insults as “political”.

Katie Xu, a senior at John Burroughs School, is part of the Asian American Civic Scholars, a group promoting greater participation of Asian Americans in civic life. She said some of her colleagues were reluctant to share their experiences because they said, “It felt less significant than the other forms of discrimination that other groups face.”

The past year has changed this attitude.

“People my age speak a lot more than I’ve seen in the past,” she said.

Ron Sakai, 60, from University City, is a compliance officer and is third-generation American of Japanese descent. His parents were detained in Arkansas internment camps in the 1940s. After about 18 months, his mother was released to return to nursing school. And when his father was released, he asked for a return to go back to his mother and younger brother who were still detained. Sakai’s father was drafted into the service after his release to fight for the country that discriminated against and imprisoned him.