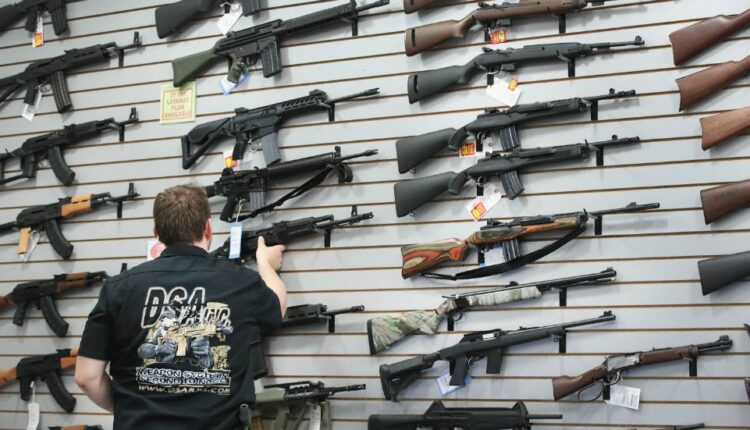 Misinformation is fatal. That became very evident in Judge Roger Benitez ‘ ruling last week, which lifted California’s 1989 ban on assault weapons, in which he argued that defensive weapon use with an assault weapon “certainly appears to be common” and “appears to be more common” than mass shootings with such weapons – both blatant falsehoods.

From January 2016 to May 2021, assault weapons were 2.7 times more likely to be used for mass shootings than defensive against any type of attack. According to information in Archive for gun violence, a national database on gun violence, there were 126 mass shootings (in which four or more people were shot) with an assault weapon during that period, an average of 25 per year. Our analysis of the armed violence archive data Over the same period, only 47 cases of one person using an assault weapon against an attacker were identified, an average of nine per year. These 126 mass shootings claimed 402 lives and injured 1,157 people.

When investigating all assault weapon shootings (not just mass shootings) during the same period, the Gun Violence Archive data identified 4,869 incidents in which 1,127 people were killed and 2,108 people injured (not including suicides).

Assault gunfights are less common in the United States than other forms of gun violence; but mine research found through mass shootings that, from 2013 to 2019, shooting with an assault weapon was four times more lethal than shooting with any other type of firearm. These results are consistent with a Study 2018 Led by Eric Goralnick, who noted that incidents involving active shooters with assault weapons were far more deadly.

Judge Benitez’s decision also cites debunked statements by a pro-weapons researcher John Lott who claims that “… there can be from 760,000 defensive handgun missions to 3.6 million defensive missions each year.” This widespread myth comes from surveys carried out in the early 1990s. Validation tests show that the numbers quoted are mathematically impossible and the surveys themselves To suffer of methodological problems that make their numbers unusable. Instead, the best empirical evidence from the Gun Violence Archive shows that it’s roughly 2,000 verified DGUs annually. When you compare that number to the nearly 40,000 Americans killed by firearms in 2018, it becomes clear that guns are far more likely to harm than protect.

We cannot continue to allow misinformation and myths to invade our courtrooms and parliaments. Judge Bentiez has made a grave miscalculation that will affect the lives and safety of Californians. Facts and dates are important. It is time to pay attention to the truth about gun violence.

Devin Hughes is President and Founder of GVPedia, a nonprofit that provides access to research and data on gun violence prevention.