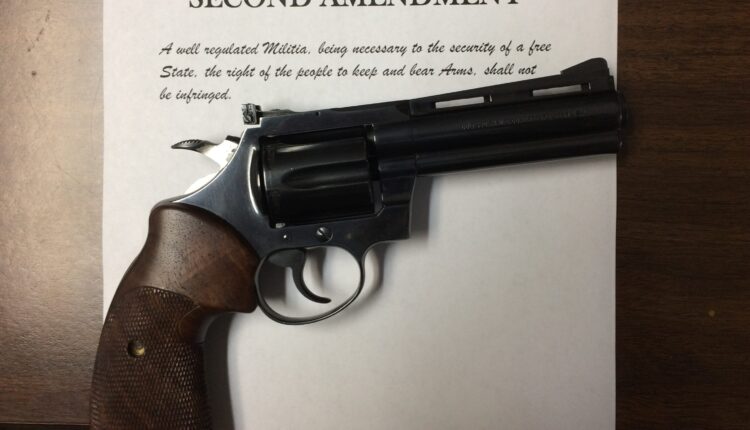 USA –- (AmmoLand.com) – George H. Brauchler, former District Attorney for Centennial State’s 18th District, wrote in the Denver Post over the weekend something that might be viewed as blasphemy among anti-gun politicians and gun ban lobby groups.

Brauchler discussed mass shootings in Colorado in a story entitled, “Gun laws can prevent some crimes, but mass shootings are not one of them.” He mentioned shootings dating back to Columbine High School and included the Aurora Theater slaughter in 2012. His summary boiled down to this:

“Linking current federal and state laws to preventing horrors like Boulder, however, is just political opportunism. We must continue to work to prevent firearms from falling into the wrong hands, but we must also recognize that we cannot regulate evil by law. “

Almost at the same time, CPR reported that gun owners in the state “are preparing to oppose new proposed restrictions, even though the most controversial proposal has not yet been put in place”. The story quotes Mario Acevedo, a Denver writer “who is both a Democrat and a gun owner”.

“Acevedo doesn’t think new gun laws will solve the problem,” the story reveals. “He said data convinced him that gangs, drug trafficking and mental illness are the drivers of gun deaths, not firearms.”

Perhaps this excerpt from history says it best by quoting Acevedo:

“Colorado passed the general background check and high capacity magazine ban, which was conducted with the premise of preventing mass shootings. The State passed the red flag law, the ERPO [Extreme Risk Protection Order] Again, this was done under the condition that mass shootings were to be prevented. And it didn’t. “

Colorado has had a few problems over the past 20+ years. But at least some residents recognize that what many in the Second Amendment community have been saying for years is correct:

Gun control does not prevent people from wreaking havoc because those who are determined to cause harm to other people will find a way to do it.

In 2019, there were 19,141 murders, according to AmmoLand on the CDC website. The FBI Uniform Crime Report for that year lists 13,927 murders, including 10,258 involving firearms. If the most authoritative agencies in the US holding such data were to disagree, it would suggest that there is room for debate on how to reduce the number of bodies. If the Colorado experience is an indicator, passing guns laws that affect only law-abiding citizens, not criminals, is not the solution.

AmmoLand previously reported on the situation in Washington state, where the adoption of extremist gun control initiatives in 2014 and 2018, both of which were sold to voters as preventive measures, barely lived up to advertising.

With a few exceptions, the 2014 law provided for so-called “universal background checks” for the transfer of firearms. There were two high profile shootings in the state in 2016, one at a youth party in Mukilteo that killed three people and a few months later in Burlington that killed five. First and foremost, the 19-year-old killer passed a background check to purchase a semi-automatic modern sports rifle. Since he had no criminal background, he could buy the gun. In the second incident, the killer took a rifle from his stepfather’s house – avoiding a background check altogether – and essentially neutered the law.

Focus on Seattle, the headquarters of the billionaire-backed Alliance for Guns Responsibility, which is hosting its ninth annual fundraising lunch on April 20 – again a virtual event due to the ongoing pandemic – where gun control efforts don’t kill the killings have drastically reduced.

In 2015, the city council hastily passed a “gun tax” on the sale of firearms and ammunition to raise funds for measures to prevent gun violence. In the years that followed, 19 people were murdered, according to Seattle police. In 2017, the city reported 27 murders and in 2018 the number of bodies rose to 32. In 2019, the city recorded 35 murders and last year there were 52 murders, the highest in more than a dozen years.

Back in Colorado, Brauchler reminded readers of the Denver Post: “Despite the apparent legal purchase of the murder weapon used in Boulder less than a day after the horror, Democratic Congressman Jason Crow tweeted,” The house has # HR8 and # HR1446 passed (background check bills) to prevent tragedy like we saw last night. “This correlation is misplaced and diverts our focus from efforts that are likely to have greater impact. Colorado lawmakers have called for laws to be passed to keep firearms safe and report their theft. None of these laws would have prevented Boulder or most of the other mass murders we’ve seen. “

The former prosecutor “cracked the code” and identified the main problem with the control of all knee-jerk weapons. The proposed solutions do not deal with the crime.

It shouldn’t be a mystery why Coloradoans are reportedly resistant to the new gun control proposals after Boulder. The passage of another ineffective gun law might be good for a headline, but not much else. Perhaps this explains Senator Ted Cruz (R-TX) ‘s comment last month during a meeting of the Senate Judiciary Committee following the Georgia and Colorado shooting events.

“Every time there is shooting, we play this ridiculous theater where this committee comes together and proposes a number of laws that do nothing against these murders,” said Cruz.

He denied a claim by Anti-Arms Senator Richard Blumenthal (D-Conn.) That all Republicans ever offered were “thoughts and prayers” after such crimes.

However, the same pattern is emerging again with the Democrats now in control of Capitol Hill and the White House. Joe Biden called for a ban on “assault weapons” after Boulder. Others want quick action on two background check measures recently passed by the House, even though both shooters passed background checks.

Translation: The “solutions” offered by anti-gunners punish all gun owners for crimes committed by individuals and place more emphasis on the murder weapon than the perpetrator. And those who offer solutions never admit that their previous actions failed miserably. In Colorado, at least, they’re starting to find out.

Dave Workman is Senior Editor at TheGunMag.com and Liberty Park Press, author of several books on the right to keep and carry guns, and formerly an NRA certified gun instructor.