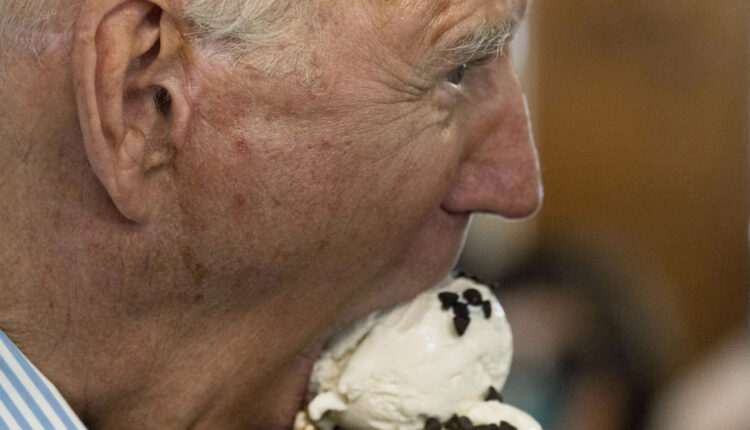 In the midst of a historical scarcity, Joe Biden hypocritically blocks the importation of all Russian ammunition

Do you know you hid Wolf, TulAmmo and Bernaul ammunition in the back of your closet? Soon it will become something of a collector’s item, much like the old Norinco ChiCom ammunition from twenty years ago. Thanks to the great statesman occupying the White House, further imports will likely stop at some point in the next year or so. The same goes for firearms made in Russia.

On Friday, August 20, Joe Biden signed an executive order blocking imports of all Russian-made firearms and ammunition. The move was allegedly made to punish the Russians for the imprisonment and attempted murder of dissident Alexey Navalny.

From the hapless State Department. . .

One year after the poisoning of Mr. Alexey Navalny on August 20, 2020, the United Kingdom and the United States of America reiterate our condemnation of the attack on Mr. Navalny using a neurotoxin from the group “Novichok”, a substance developed by Russia.

We call on Russia to fully comply with the Chemical Weapons Convention (CWC), including its obligations to declare and dismantle its chemical weapons program.

Amid a foreign policy debacle in Afghanistan, Biden has decided to sanction Russia America’s gun owners in response to an acute case of neurotoxin poisoning from a Russian opposition party. This violation of the Chemical Weapons Convention, which occurred a year ago, was apparently not serious enough for the Biden administration to want to stand in the way of Russian gas exports through a Putin friend and former Stasi agent.

From the “fact sheet” of the state:

Some of the new sanctions imposed today under the CBW Act include:

Duration and conditions for removal

These latest sanctions against Russia under the CBW Act are expected to come into effect with the publication of a notice on the Federal Register on September 7, 2021 and will remain in effect for at least 12 months. The sanctions cannot be lifted for a period of 12 months until the executive determines and confirms to Congress that Russia has met several conditions described in the CBW Act, 22 USC 5605 (c), including (1) reliable representations that it has will not use chemical weapons in violation of international law, (2) it is not preparing for the future use of chemical weapons, (3) it is willing to allow international inspectors to review these assurances, and (4) it will make a return to Mr Navalny. In other words, the Biden government will reject all future import license applications for Russian-made ammunition once the currently approved permits expire.

So while the Taliban were well armed with hundreds of thousands of guns and billions of ammunition shots due to the staggering incompetence of the Biden government, it will be harder for the Americans. The already tense ammunition market in the USA is becoming even tighter. Thanks to Biden – or whoever really runs things in the White House these days – America’s gun owners will find it harder to find the ammunition they need, and they will pay higher prices to shoot, train, and defend themselves. That will undoubtedly please Biden’s constituency for the civil disarmament industry.

So if you like Wolf Ammo and can find it on a shelf somewhere, don’t hesitate. Buy it. It won’t be back anytime soon.