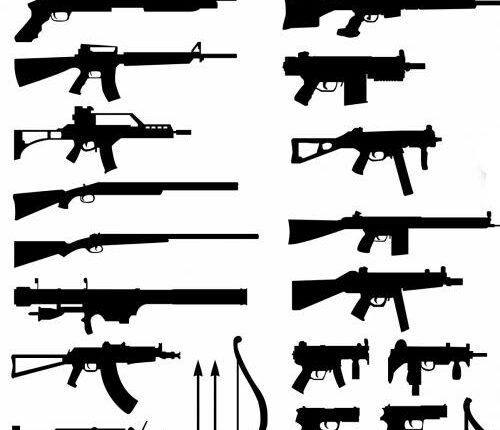 In 2020, despite nearly nationwide lockdowns due to the COVID-19 pandemic, the United States sustained 611 mass shooting events.1 This represents an increase from 336 in 2018 to 417 in 2019. Such events often lead to civil liability claims by multiple claimants seeking significant sums. For instance, in the MGM Las Vegas shooting 58 people were killed and another 850 injured. The claims were settled for $800 million, with insurers contributing $751 million.2 The increased exposure has resulted in coverage litigation and the sale of alternative “deadly weapon” or “active shooter” coverage options, frequently as standalone policies.3 However, assuming coverage exists, whether under a CGL policy or newer Active Shooter insurance, the number of claimants and accompanying high exposure of mass shooting claims present unique challenges for the insurance industry. Carriers must frequently determine the amount of available limits and navigate settlement with multiple distinct claimants, while avoiding extracontractual liability

Two primary approaches, and a lesser used third approach, have emerged for determining whether an event with multiple injuries constitutes a single occurrence or multiple occurrences. The theories are known as the “cause” theory, the “effect” theory, and the “time and space” theory.

The majority of jurisdictions follow the “cause” theory, focusing on the alleged cause or causes of the injury or damage from the insured’s perspective, rather than the number of claims.4 Under the “cause” theory, the focus is on what actions of the insured, for which coverage is sought, are alleged to have caused the injuries.5 This analysis centers on the insured’s alleged wrongful acts and considers “whether any of the acts or omissions of the insured defendants was a ‘discrete’ act of liability so separated by time and location to warrant the conclusion that each such act resulted in [the shooter] having access to a weapon he used to shoot several people.6 For instance, in RLI Insurance Company v. Simon’s Rock Early College, a student of Simon’s Rock Early College, residing on campus, Wayne Lo, received a package from a known firearms store.7 College employees intercepted the package, subsequently allowed Lo to receive A Closer Look at Liability in Mass Shootings | Fall 2021 Issues and Developments in Insurance Law 3 and open the package, and allowed Lo to retain the contents – 3 or 4 magazines, a plastic rifle stock, and an empty army surplus ammunition container – as a firearm was not present. However, Lo subsequently purchased a modern sporting rifle from a local sporting goods store, which he used to shoot 6 people, killing two. Importantly, a concerned student reported Lo’s agitated behavior before the shooting, but college officials failed to take any preventative action.8 The several victims and victims’ families filed suit, alleging the college was negligent in failing to prevent Lo from engaging in the wrongful acts. The Court reasoned that, although several events led up to the shooting, the claims centered on arguably inadequate policy as the basis for liability against the college, which was a single occurrence.9 Stated another way in Uniroyal Inc. v. Home Insurance Company: “Since the policy was intended to insure [the college] for its liabilities, the occurrence should be an event over which [the college] had some control. Otherwise, with the covered risks out of the insured’s hand and coverage for losses determined by the action of the unfettered [shooter], the insurer would have no basis for setting premiums ex ante and the insurance contract would be illusory.”10 Accordingly, the “cause” theory focuses on the actions of the insured that allegedly caused the claimed harm.

The minority “effect” theory, on the other hand, looks at the event that caused claimed injuries.11 Most notably, Florida adheres to this approach, with the Florida Supreme Court’s seminal case of Koikos v. Travelers Insurance Company aptly describing the theory.12 In Koikos, a bar owner rented his bar to a fraternity, but did not provide security. During the evening, when two men were refused entry to the fraternity function, an altercation arose which became physical and resulted in one of the men firing two volleys of shots. Two rounds during the first volley separately struck two bystanders.13 On certification from the Eleventh Circuit, the Florida Supreme Court considered whether each shot constituted an occurrence under the bar’s insurance policy or if the alleged negligent failure to provide security constituted a single occurrence.14 Under the policy, an occurrence was defined as an accident, including repeated exposure to the same or similar circumstances, resulting in bodily injury.15 The Court reasoned that the event actually resulting in the injury was the firing of the firearm. Although the claims against the insured were premised on the allegedly negligent failure to provide security, the immediate cause of the alleged injury – the shooting – was the appropriate occurrence.16 Each shot was, therefore, an occurrence. Under the “effect” theory, each round fired that causes injury would be considered an occurrence, potentially creating extraordinary exposure under policies without aggregate limits.

A lesser-used approach to multiple claimant cases is the “time and space” theory, which focuses on the link between the cause and resulting injury.17 The test considers whether the “cause and result are simultaneous or so closely linked in time and space as to be considered by the average person as one event.”18 If so, the injuries are the result of a single occurrence.19

Once the number of occurrences is determined, insurers face potential issues settling multiple claims, particularly where the exposure exceeds available limits. Policies typically establish a duty to defend until limits are exhausted. Multiple claimants with claims exceeding limits, in aggregate or individually, create a risk of extracontractual liability and personal exposure to the insured. For example, where an insurer receives a settlement demand below policy limits, fails to settle, and the claimant obtains an excess verdict, the insurer could be found liable for bad faith.20 Similar liability may attach where an insurer wrongfully refuses to defend a claim, perhaps misunderstanding its settlement obligations.21

There are three general approaches to an insurer’s obligation when settling with multiple claimants. The first, often referred to as “first in time, first in right,” focuses directly on the time of when claimants assert claims.22 Under this theory, absent bad faith, an insurer may settle whenever and with whomever it chooses.23 The insurer does not owe a duty to consolidate claims or pay out claims pro rata. 24 Moreover, provided limits are not exhausted by unreasonable overpayments, the duty to defend and/or indemnify ends when the insurer pays its limits.25 However, unreasonably paying out higher settlements to deplete or exhaust available limits may result in extracontractual liability.26

Another approach imposes greater duties upon insurers to seek a settlement resolving all potential liability:

First, the insurer is required to fully investigate all claims at hand to determine how to best limit the insured’s liability. … [A]n insurer has some discretion in how it elects to settle claims, and may even choose to settle certain claims to the exclusion of others, provided this decision is reasonable and in keeping with its good faith duty. Second, the insurer should seek to settle as many claims as possible within the policy limits. Third, the insurer has a duty to avoid indiscriminately settling selected claims and leaving the insured at risk of excess judgments that could have been minimized by wiser settlement practice.27

The insurer must also keep the insured informed about the settlement process.28 These additional duties increase the potential for extracontractual liability, as jurors play Monday morning quarterback for the insurer’s settlement decisions but afford insureds greater protection.

Ultimately, mass shooting claims present complex issues that can drastically expand potential exposure and put carriers at risk for extracontractual liability. These issues can be expected to continue as the recent years have seen increases in mass shooting events.

Greg Jackson contributed to this article.