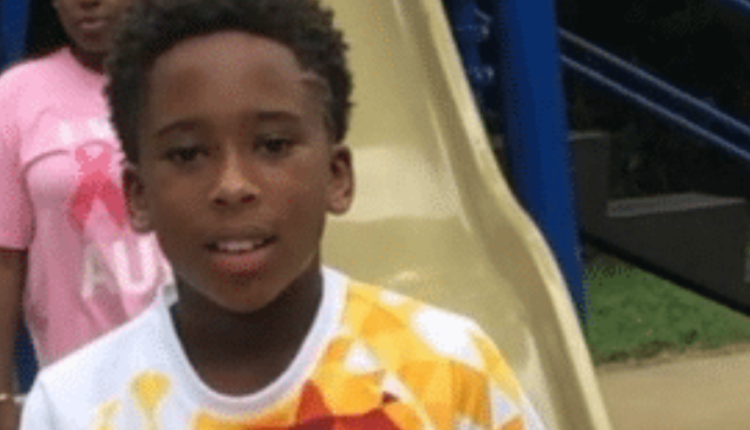 LEAVENWORTH, Kan. The shooting that killed a 12-year-old boy in Leavenworth on April 14th was beyond the gun sale where the buyer was given a BB gun instead of a Glock, according to court documents FOX4 received on Monday.

Darvon Thomas, 25, is charged with first-degree murder, and an unnamed 17-year-old is charged in juvenile court with murderous crime and unloading a gun in an occupied vehicle.

Including Thomas, 25, Leavenworth. Charged with the first degree murder of 12-year-old Brian Henderson Jr. “Totally Innocent”: Police say the 12-year-old boy who was killed in shooting in Leavenworth was not an intended target

According to the records, Thomas took two teenagers to a Leavenworth pharmacy to buy a gun. Thomas gave the 17-year-old $ 400 to pay the clerk in the parking lot. As the seller drove away, the teenager told police he noticed he bought a BB gun instead of the Glock they thought they were getting. He said Thomas told him to “get” them because they stole his money.

Investigators watched a surveillance video in which the teen shot at the driving away car. The teenager encountered this car as well as another car that was occupied by a 30 year old woman and her 6 month old child. The woman’s car was damaged in the shooting, but she and the baby were not injured.

This was not the case with 12-year-old Brian “BJ” Henderson Jr. of Kansas City, Missouri.

BJ’s sister Brooke said she and a friend were running errands in Leavenworth, and that their little brother was going with them. They were driving back to Kansas City when she said her friend insisted on making one last stop at the 4th Street pharmacy. According to court records, the BB gun was supposed to be sold.

BJ was shot several times trying to get out of the parking lot. Brooke and her friend drove BJ to Children’s Mercy Hospital, where the boy died of his injuries.

According to court records, investigators carried out a search warrant of Thomas’ house and found a 45 caliber pistol and BB gun locked in a safe in a bedroom.