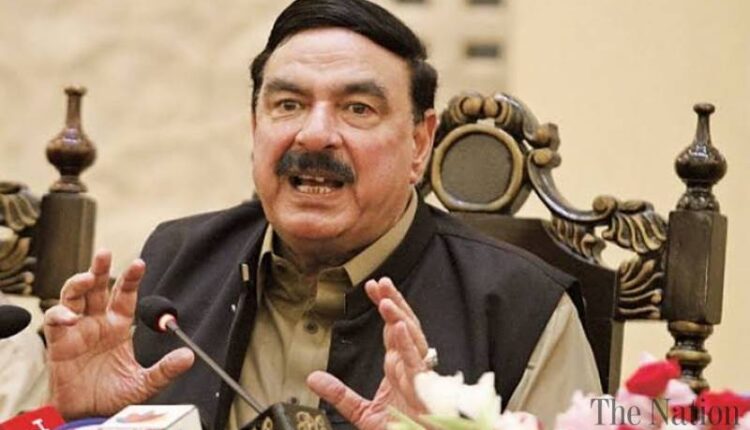 Interior Minister Sheikh Rasheed Ahmad said on Tuesday that he had described the killing of a police chief in Islamabad as an act of terrorism rather than a robbery.

Speaking to the media, Sheikh Rasheed said that a terror incident was reported near the Karachi Company in Islamabad yesterday when Chief Police Officer Munawar was shot dead by motorcyclists while on duty.

“This was more of an act of terrorism than a robbery,” he said, adding that they received credible information about the terrorist wave in Islamabad. “This is the first case this year and we must remain vigilant to thwart such acts,” he said.

The interior minister said investigative authorities tightened the noose around the suspects involved in the terrorist attack after the motorcycles used in the attack were tracked down.

It is important to mention here that a police officer was martyred and two officers injured in a shootout that took place in the federal capital Islamabad on Monday.

According to police, unknown assailants opened fire on police officers stationed at a check post in Islamabad’s G-8 sector, killing one and seriously injuring two.

The terrorists opened fire on police officers when they were stopped at a checkpoint, police said, adding that two terrorists were killed in an exchange of fire. 9mm pistol, AK-47 and bullets recovered from terrorist possession, they added.