The Israeli company FAB Defense, a leader in the development, production and marketing of accessories for small arms, introduced several new products, which are mainly intended for the American market.

The first product is the Front / Rear Backup Sight (FRBS) Offset Kit for AR-15 rifles. The new sights offer the user a collapsible pair of fully adjustable iron sights in the event that the primary optics are inoperable or unsuitable for the particular shooting situation. According to FAB, the main features of the sights are their low folded profile, availability on both the right and left sides, accurate aiming and ease of installation. The sight is made of a hard polymer that makes it inexpensive, light and also durable. Each visor occupies a single slot on a standard 1913 Picatinny rail and is attached to the rail with an Allen screw.

FAB also released the Gradus-M, the latest addition to the company’s Gradus line of accessories. The Gradus-M is an M-LOK clip-on “stubby” fore grip with several features that make it a solid performer in a wide variety of applications. According to the company, the multi-textured rubberized surface allows users to maintain a stable and comfortable grip in cold, warm, wet or dry conditions. The slightly reduced angle provides comfort and prevents wrist and arm fatigue from long hours of use, the company said. 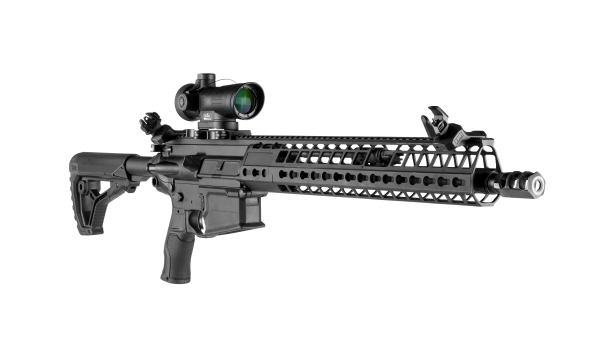 The third product launched by FAB is the GL-Core M shaft, a replacement for the GL-Mag shaft. The GL Core M is a tactical buttstock with a multi-structured rubber butt plate and an integrated AR15 5.56-style magazine carrier. The GL-CORE M has ambidextrous rear QD sling swivel connectors and includes an interchangeable buffer tube adapter for compatibility with Mil-Spec and commercial buffer tubes. According to the FAB, the stock is equipped with an Ultimag 10-round AR magazine. 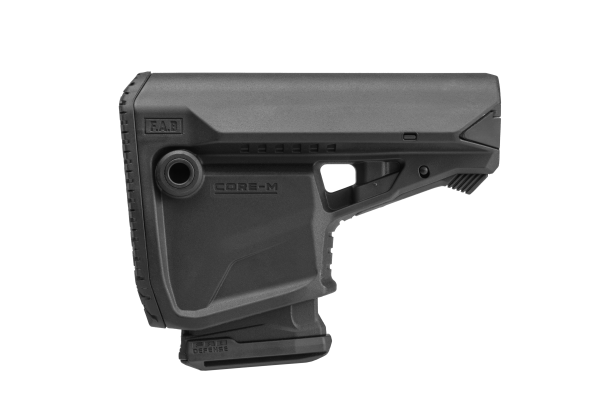 FAB claims that GL-CORE M is supposed to provide law enforcement officers with an extra magazine if they need to use an AR-15 on duty. Police officers usually have easily accessible spare magazines for their side arms on their belts. Officers rarely carry spare magazines for their AR15 / M4 and usually only have what is in the rifle when they remove it from a patrol vehicle. With the GL-CORE M, officers have the standard 30-round magazine in the rifle as well as one in the buttstock for easy access in high-stress situations, the company says.

A major far-right platform got hit by a data breach, revealing the names and…