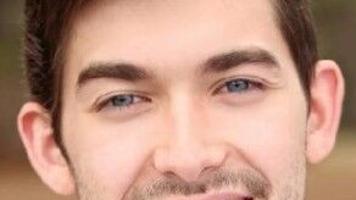 Some will call me a racist for suggesting deportation of Muslims. My answer is that Islam is not a race; it’s a religion / ideology. Islam can be followed by anyone of any skin color. Someone could say that my proposal is unconstitutional. My first answer is that non-Americans (potential migrants) cannot appeal to the American Constitution. My second answer would be, if the Supreme Court found President Trump’s 2018 travel ban to / from primarily Islamic countries to be constitutional, why would it be unconstitutional to expel the same people we were denied access to at the time?

Some might say, “Caleb, we could make an argument that Christianity is a terrorist group.” I invite such challenges! Compare Jesus with Muhammad: Jesus said: “Love your neighbor as yourself” (Mt 22:39). Muhammad said, “Unbelievers are open enemies to you.” (Sura 4: 101) and “fight against those who do not believe in Allah …” (Sura 9:29).

I am a Christian, but let me conclude by quoting an atheist, Bill Maher, who said, “I have heard it said that if Americans knew more about Islam they would not be afraid.” In fact, it’s the other way around: I’m sorry to say this, but the more you know about Islam, the more afraid you would be. “

The writer lives in Martinsville.

Receive opinion pieces, letters and editorials straight to your inbox every week!