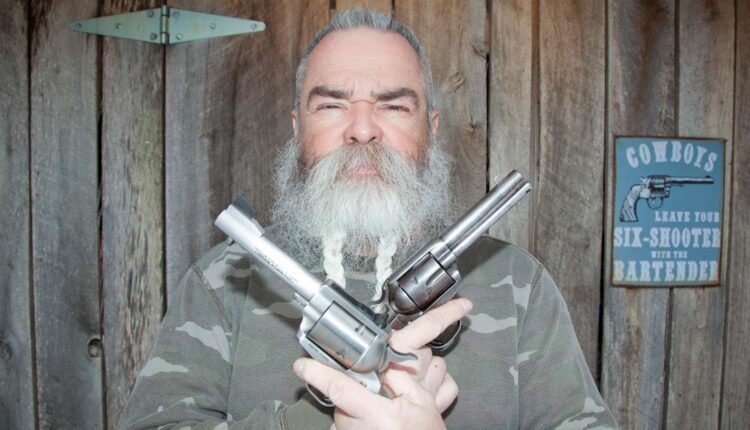 It is with great sadness that we say goodbye to Jeff Quinn from GunBlast, who passed away on July 27th, 2020. He leaves a wonderful family who loved him dearly and many friends.

Quinn was like “salt of the earth”, a “gentle soul” as his brother Boge put it. He loved God, family, and life. I think it’s safe to say that he lived his life the way he wanted to and enjoyed himself most of the time.

When he decided to write guns as a hobby in 1999, few expected him to revolutionize the firearms industry – but that’s exactly what he did.

Tired of reading fabricated gun reviews in his favorite magazines, Quinn asked his more tech-savvy brother Boge: “If I could write about the weapon, can you put it on the Internet?” Boge agreed and Quinn got to work.

He isbegan taking photos extensively and writing about weapons. “At first we only checked weapons that we already had,” said Boge, who took Quinn’s data and entered it into his computer. They put it online on a website called GunBlast. Nobody else was doing it at the time, and the internet was still very young.

With their website they visited their first SHOT show as GunBlast in the early 2000s. They visited manufacturers and asked if they could check their weapons. “A couple of gun companies looked at me like something was wrong with me,” Quinn recalled.

Fortunately, some companies saw the potential and sent guns for review. Quinn’s personality and appearance resonated with the crowd. They knew immediately that he absolutely loved weapons and wanted to pass this passion on to the reader. As a result, GunBlast started. Success required another addition by another Quinn brother, Greg, who joined the team to help sell advertising. AAfter nearly two decades, the GunBlast channel received more than 64 million views. What started as a hobby turned into a full-time job.

Personally, Quinn was responsible for making me even more excited about guns in 2005 when I read his review of a large stainless steel Ruger revolver. I’m so grateful that I had the opportunity to visit him a few times at his home in Dover, Tennessee, and to make a short documentary about the GunBlast brothers in 2018.