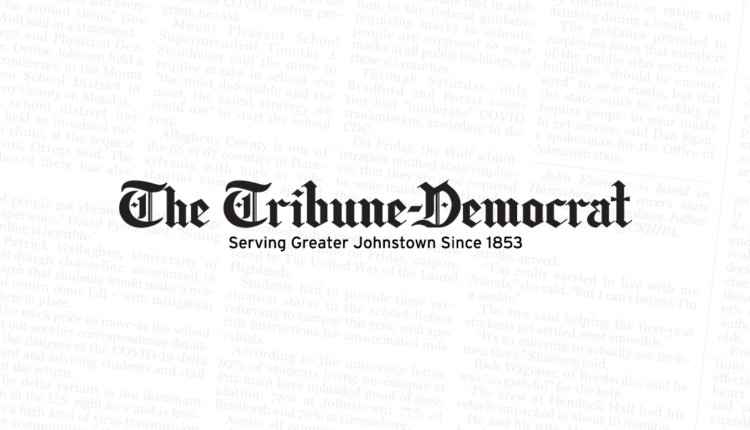 JOHNSTOWN, Pennsylvania – A Johnstown man is about to appear in Cambria County Court on charges of shooting a man in the thigh during a domestic dispute, authorities said.

Hassan Jalal Abdel Butcher, 40, of the 1400 block of Mary Drive, waived his right to a preliminary hearing before District Judge Susan Gindlesperger of Stonycreek Ward on Wednesday.

According to a criminal complaint, Butcher was arguing with a family member in the 1100 block of Kegg Avenue at 2:15 p.m. on September 14 when he allegedly pulled out a 9mm Taurus G3C semi-automatic pistol and shot the man in the thigh.

The victim drove himself to Conemaugh Memorial Medical Center in Johnstown for treatment, police said.

Police Sgt. David Pollino described the shooting as an isolated incident with no danger to the public.

Butcher was charged with aggravated assault and reckless endangerment of another person. He is free on loan.

Patrick Buchnowski is a reporter for The Tribune-Democrat. He can be reached at 532-5061. Follow him on Twitter @PatBuchnowskiTD.